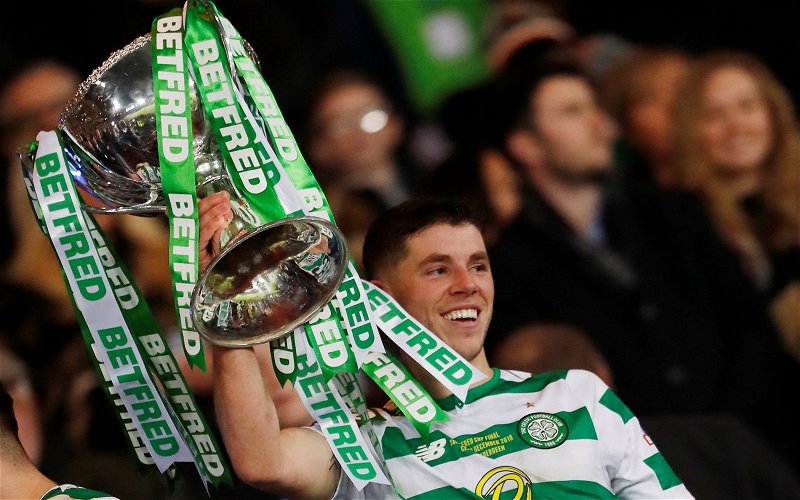 There were many magic moments at Hampden on Sunday but for football fairytales the sight of Ryan Christie with the trophy aloft takes some beating.

Kieran Tierney’s red mega-phone demonstrates the bond between supporters and players but there was something extra special about Christie singing You’ll Never Walk Alone along with the fans.

There must have been a few times over the last couple of years that the attacking midfielder felt as if he was walking alone, on a journey out of Celtic.

His ability wasn’t in question but Jonny Hayes and Gary Mackay-Steven are two recent examples of players with ability that struggled to break through at Celtic.

After a few cameo roles in the opening part of the season his big chance came at Murrayfield as Eboue Kouassi and Olivier Ntcham picked up injuries.

Since then his career hasn’t looked back, week by week his progress has accelerated with a new three year contract agreed.

The history books will simply record the facts of the 2018 Betfred Cup success, under the stats it will always be remembered as the launchpad of Christie’s career.