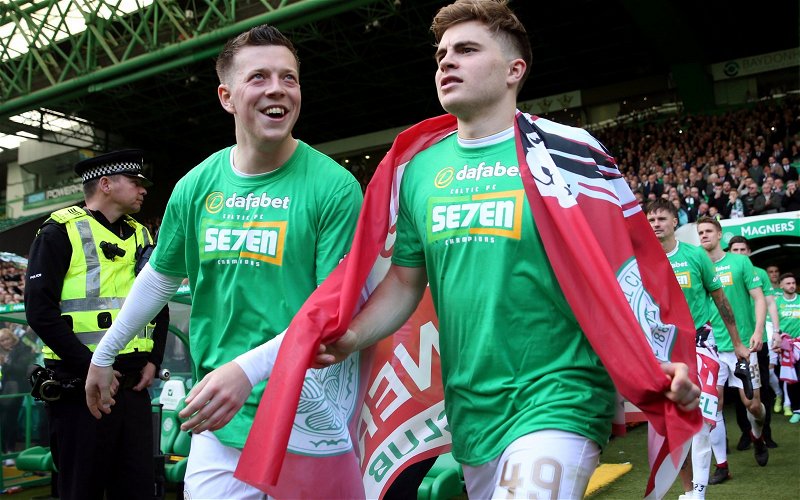 Guardian golf expert Ewan Murray likes to delve into Scottish football from time to time, sharing the views of the thinking Hearts supporter.

Whether it was before or after Albert Kidd killed off the glorious dream in 1986 isn’t quite clear but Murray certainly likes to sink his 2-iron into Celtic at any given opportunity.

The fairly innocent appointment of Stephen McManus as Celtic’s u-18 coach seemed to upset the man from the Guardian.

How many Players from Celtics Youth system are in the first team just now….ya effin muppet.

Is that you conveniently ignoring the fact our @CelticFC manager has brought the best out of our academy bhoys such as Forrest, Tierney & McGregor as well as extending the contracts of Mikey Johnston & Anthony Ralston? Gie us peace!

Why is a journalist, who is a Hearts fan, baselessly criticising Celtic academy coach appointments at midnight on a Tuesday? Take a break and focus on developing an objective, well-researched and interesting take for once.

Every club in Scotland operates the loan system with Hearts currently having Conor Shaughnessy from Leeds United, Demetri Mitchell from Manchester United and Steven Naismith from Norwich. Jimmy Dunne has returned to Burnley and been sent on loan to Sunderland.

Celtic have taken a few players on loan from Manchester City in recent seasons, in the summer Odsonne Edouard was signed for £9m from Paris Saint Germain after a season on loan.

Hearts wonder-kid Harry Cochrane has started just three SPFL matches this season, along the M8 at Celtic Kieran Tierney, James Forrest and Callum McGregor have been excelling in the Europa League while providing the backbone to the Scotland international side.