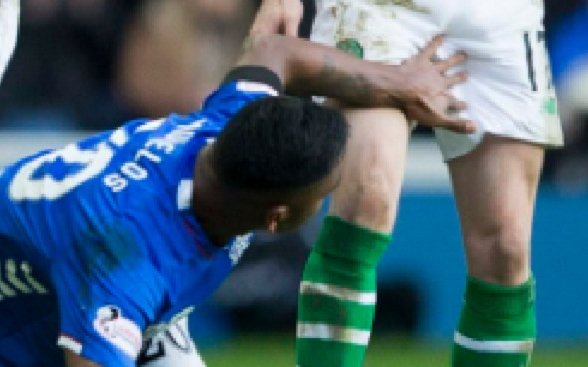 The French media have completely blanked the £8m ‘offer’ for Alfredo Morelos from OGC Nice.

Since the start of December Steven Gerrard has been banging on about how the Ibrox striker wasn’t for sale, that offers would be rejected. Fortunately for the rookie boss there has been absolutely no interest in Morelos.

That all changed on Tuesday morning, out of the blue Nice had tabled a bid of £8m according to the Daily Record. Later that day, in his media conference to preview the visit to Kilmarnock Gerrard went into great detail about the Nice offer, it almost seemed as if he was reading from a script straight from a fans message board.

It seems that in this case Nice have been very happy to accept Non as the answer to their so-called bid.

During the summer they came up with 10 million euros to sign Danilo from Sporting Braga and the same fee for Myziane Maolida from Lyon. Getting Mario Balotelli off the wage bill will have freed up a big slice of their budget.

A google search for ‘Patrick Vieira, Alfredo Morelos’ reveals just over a page of stories with just two originating from France. Top of the list is a story from The Sun which has a third hand claim that.

No one in France has bothered with the yarn despite genuine quotes from a legend of English football about the ‘bid’.

With less than a week to go in the transfer window it looks certain that no transfer money will be coming into Ibrox while £100,000/week is paid out for Steve Davis and Jermain Defoe.

Financial Fair Play doesn’t apply to Scottish football but if they can’t find a buyer for Morelos it looks harder and harder to get income to match outgoings over the remainder of the season at Ibrox.