Toljan has a special Europa message 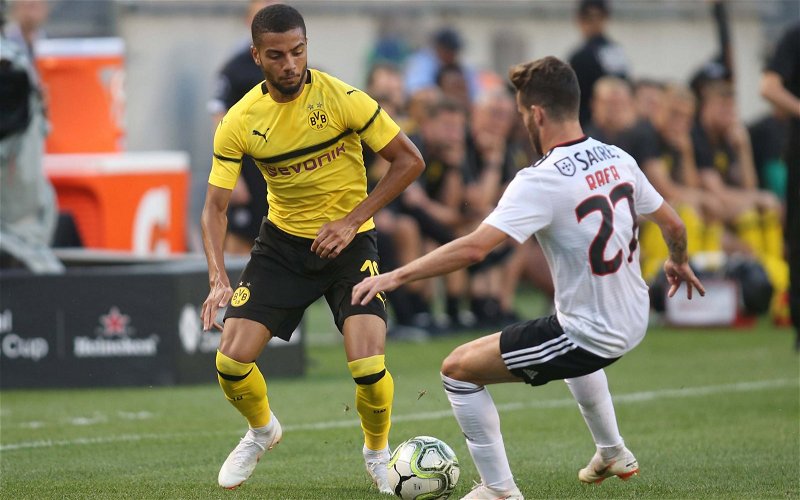 Jeremy Toljan will head to Spain today with a famous German phase in his head. Translated it means ‘hope never dies’.

Not even when you trail 2-0 from the home leg of a Europa League tie.

Celtic’s first ever European tie was against Valencia, it ended with a 4-2 defeat with trips to Spain being especially painful with no victories and goals few and far between.

Last week’s defeat wasn’t unexpected but the flatness of the performance with the outcome sealed five minutes into the second half was a real let-down.

Close to 10,000 fans are making their way to Valencia for a little sunshine, a couple of good nights and the outside hope of getting into the stadium to witness an unlikely comeback.

Toljan is only with Celtic till the end of the season and would like to extend his European action beyond two games against the side currently in eighth place in La Liga.

“It will be my first time in that stadium and it would be a big result if we could somehow go through.” the defender told the Daily Record.

“As we say in Germany ‘hope never dies’, so we’ll go there with the right attitude and try to beat them. Miracles happen.

“We have forwards like James Forrest, Oliver Burke and Scott Sinclair, who are very quick and they are also good players. They have also proved they can score goals so I hope we can create the opportunities for them in Spain.

“They might think they are already through but we can maybe get inside their heads with a good start.

“We started that game very well but if you make basic mistakes at this level then it can cost you. In Spain we need to cut out the errors and also improve our play.

“I genuinely believe we can score against them and with a little bit of luck we can turn the tables on them.”

The phrase ‘hope never dies’ sounds like it may have originated from You’ll Never Walk Alone. With 10,000 Celts in Seville Toljan and his team-mates certainly won’t be short of backing around the Mestalla.