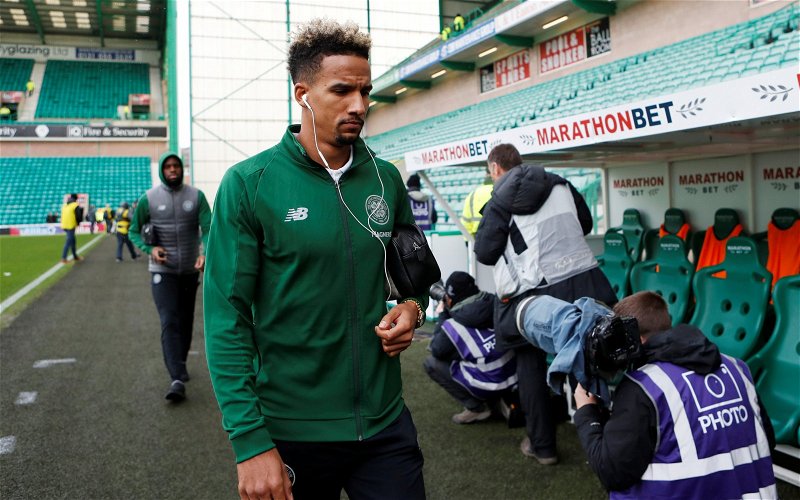 Hibs have revealed that their CCTV system has been unable to identify the thug that threw a glass bottle at Scott Sinclair.

The section of the stand that the bottle came from was barely half full while the steep gradient should make identification easier.

If anyone was actually working the CCTV system during the defeat from Celtic they would have been able to focus in on that area of the stand to see the commotion after the bottle narrowly avoided the winger as he prepared to take the corner.

“Unfortunately, despite the best efforts of our security personnel, we have been unable to pinpoint the individual through the existing CCTV set-up at Easter Road Stadium.

“However, we are heartened that several supporters have been in touch to try and identify the person responsible and we are following up on those.

“We know it can be difficult to challenge those adopting an aggressive manner during flashpoints but we would encourage people to get in touch and help us.

“This incident, and the damage to our reputation, has led us to now invest further in upgrading our already modern CCTV set-up at no small cost.”

Surely an inefficient CCTV system is something that causes alarm at the SFA and Edinburgh City Council who grant a safety certificate to the club.

As the bottle landed on the turf a group of around 20 stewards and police barely moved with referee Willie Collum handing the bottle to a steward.

It’s not known if the bottle has been DNA tested to help identify the person that launched it at the Celtic winger.