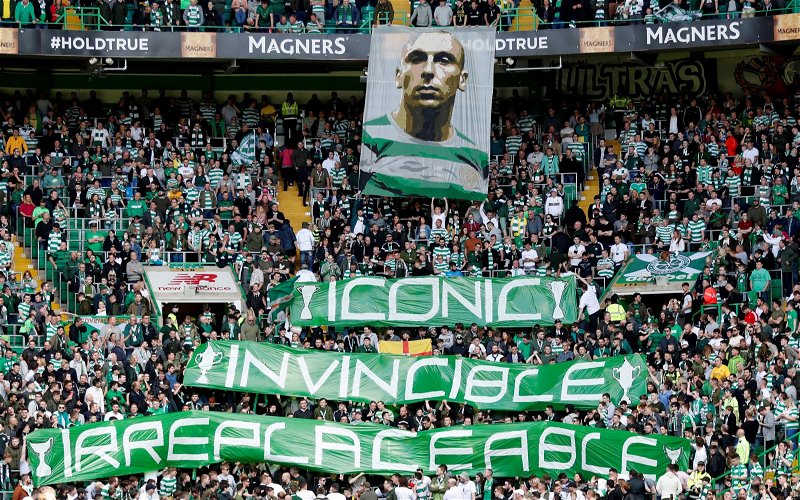 Nick De Marco QC has successfully defended Scott Brown against the ridiculous ‘not acting in the best interests of Association Football’ charge created by the SFA.

Rather than prepare for tomorrow’s match with Kilmarnock the Celtic striker was dragged to a hearing at Hampden for charges that weren’t obvious.

Despite extensive coverage from Sky Sports and BBC Scotland there wasn’t a shred of evidence against Brown with the SFA calling in an obscure catch all charge in a bid to even things up from the March 31 Glasgow derby.

With a London based QC that specialises in sport the SFA never stood a chance of getting their charge to stick..

Delighted to have successfully represented Celtic captain Scott Brown in his case before the Scottish FA today – now looking forward to watching him play at the match tomorrow #Celtic #SFA #ScottBrown https://t.co/aYSAaw6gNv

During the match Alfredo Morelos was red carded for elbowing the Celtic midfielder while all four match officials failed to notice Ryan Kent punch Brown in the face while in the centre circle. The Liverpool starlet failed in his appeal against a retrospective two match ban.

At the final whistle Andy Halliday raced across the pitch to confront Brown assisted by half a dozen team-mates.

Halliday, Mikael Lustig and Wesley Foderingham were given retrospective yellow cards for their actions with Brown apparently charged based on a fan video clip.

Te veteran midfielder will be available to play for Celtic tomorrow against Kilmarnock and the remaining matches of this season.