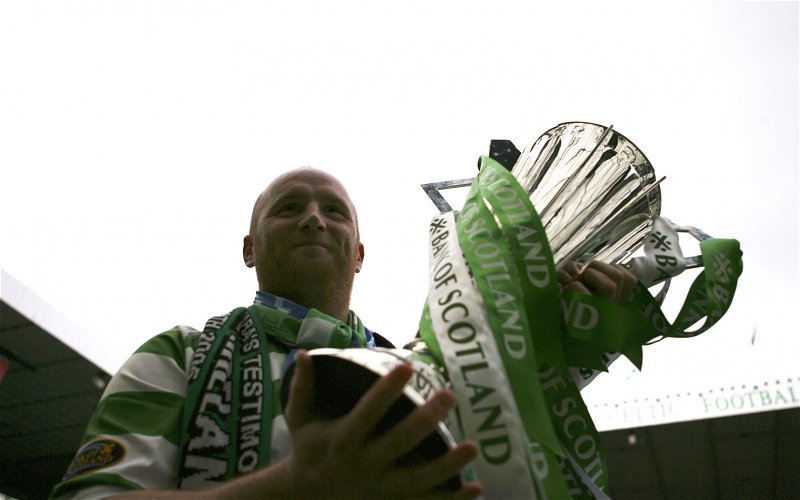 John Hartson has drawn further attention to the SFA’s decision to charge got Scott Brown with not acting in the best interests of Association Football.

The decision to charge the Celtic skipper, apparently for celebrating, has been met with a mixture of astonishment and hilarity.

In 2017 it was discovered that the SFA had dropped a rule that punished players for gestures made at opposing supporters which perhaps explains why they have turned to a rule that has barely been heard of never mind put into use.

SFA gonna charge Arfield for celebrating??? No and rightly so . Makes a mockery to do Scott Brown for his celebration.

Hartson enjoys a media profile across the UK and has 369,000 followers on twitter making him a voice that is hard to ignore.

At matches throughout Scotland and England this weekend there has been examples of players celebrating and gesturing at opposing fans without any threat to public safety or need for action from the authorities.

Brown will have to wait until May 2 before he is faced with charges by the SFA, Celtic have promised to vigorously defend their captain.