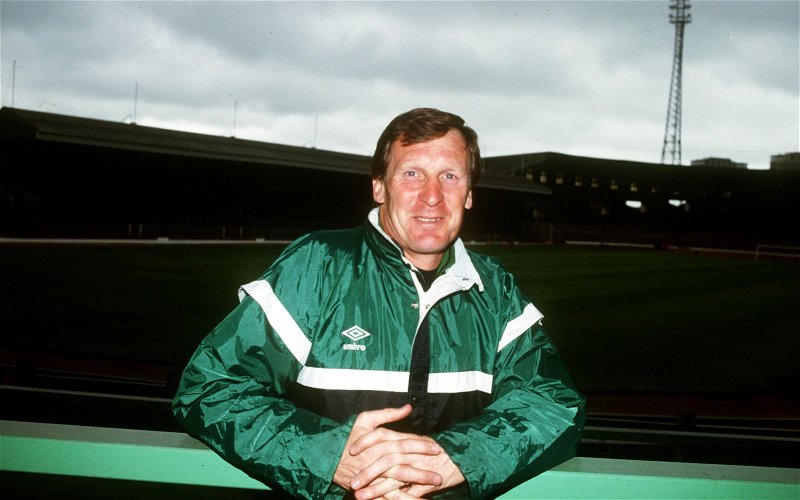 Manchester City will honour Billy McNeill by wearing black armbands during the home match against Leicester City on May 6.

The legendary Celtic skipper managed City from 1983 to 1986 after being forced out of Celtic by a board of directors who left him trailing behind the salaries being paid to Alex Ferguson, Jim McLean and John Greig.

In his second season at Maine Road McNeill led City back to the top tier with a squad heavily influenced by Scottish imports. After three seasons working under Peter Swalies he left for Aston Villa before returning to manage Celtic again.

On Wednesday night City were criticised on social media for not wearing black armbands in their 2-0 win over Manchester United at Old Trafford but today the club moved to remember their former boss.

Speaking to The Sun a club spokesperson said: “Manchester City was saddened to hear that former manager Billy McNeill had passed away earlier this week.

“The club’s condolences were shared through the Manchester City website, and a wreath was laid in the Club’s memorial garden by club Ambassador and former player, Mike Summerbee.

“Black arm bands will be worn by Manchester City players at the club’s next home fixture on Monday 6th May. The thoughts of everybody at Manchester City are with Billy’s family at this difficult time.”

On Sunday City are away to Burnley in their third last match of the season.