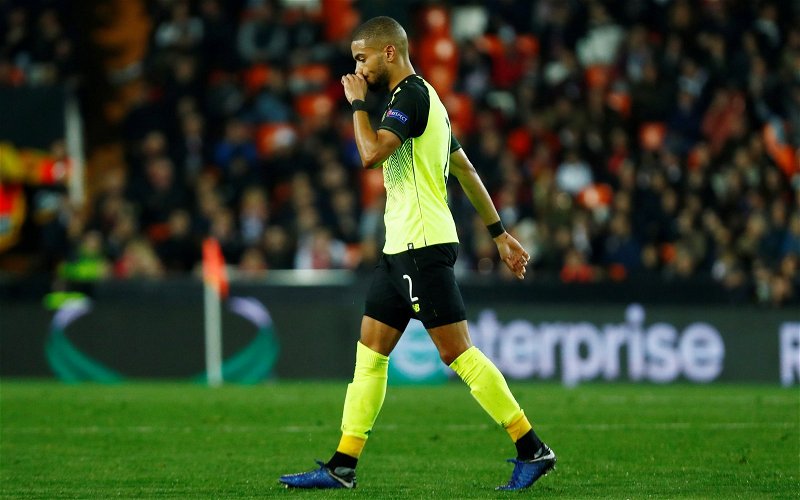 Johan Mjallby has written off the chances of Jeremy Toljan staying on at Celtic beyond the end of the season.

For at least a year Celtic had been looking for a right-back with some claims that they were willing to pay out £9m to sign Timothy Castagne from Atalanta.

The hoops were linked with a couple of right-backs during January but with the clock ticking down on deadline day they agreed a loan deal with Borussia Dortmund to bring in Toljan until the end of the season.

At first it seemed a perfect solution to a problem position but almost overnight questions started to be asked about the 24-year-old with Neil Lennon returning Mikael Lustig to favour.

Mjallby hasn’t been impressed and believes that at 32-years-of-age Lustig is a better bet going forward than loan bhoy Toljam.

“Whatever they choose to do, I think you can always rely on Mikael,” the former Celtic defender told The Sun. “Obviously, he is injury-prone. He’s getting older. So you need back-up if you are going to keep hold of him.

“He’s been a great servant and not only on the pitch, he’s great in the dressing room with the lads.

“I know that Jeremy Toljan is on loan and will probably depart after this season.

“Mikael maybe doesn’t have the star quality with the way he plays the game but everyone working in football really respects him for what he stands for.”

Celtic have a 12 month option to extend Lustig on his current terms but have yet to exercise that option.

We’re gubbed, they’ve come up with the cunning plan to #stopthe10 https://t.co/yUm56J5mur