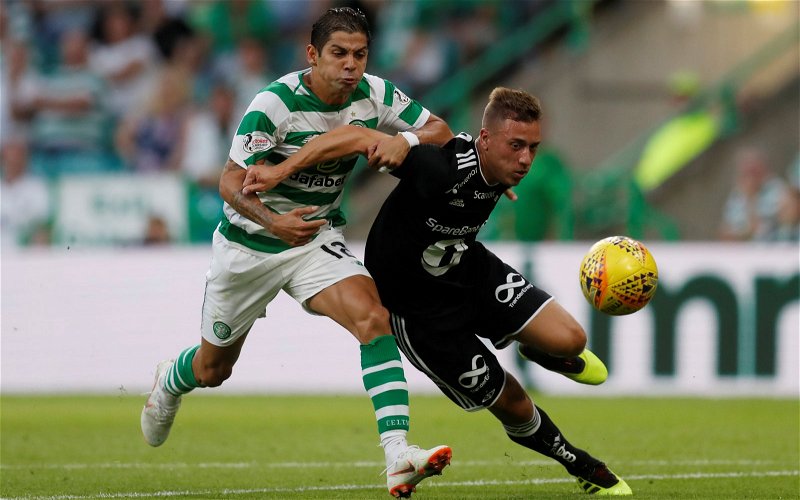 Cristian Gamboa has said his farewell to his Celtic team-mates.

The Costa Rica defender has been a popular part of the hoops squad but has barely played in the first team during the last two seasons with his last appearance being away to Motherwell at the start of December.

“How lucky I am to have something that makes saying goodbye so hard!” ?????? #itsnotagoodbyeitsaseeyousoon #friendslikefamily #scotland #loveu

His decision to play in the 2017 Gold Cup meant that he was unavailable for Celtic’s Champions League qualifiers with Anthony Ralston becoming Lustig’s deputy.

It’s expected that the 29-year-old will be looking for a club in the MLS after eight years in Europe with Rosenborg, West Brom and Celtic.

Fellow defenders Emilio Izaguirre and Mikael Lustig are also expected to leave Celtic in the close season leaving the full-back positions a transfer priority for the next manager.