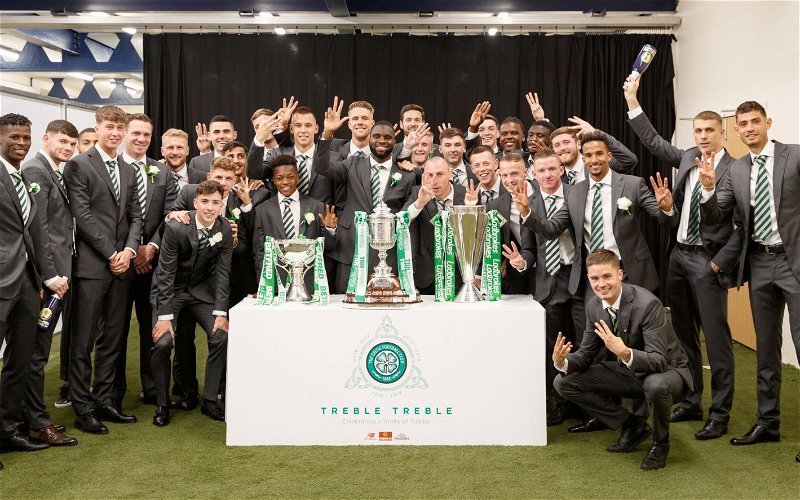 Celtic’s Supporter Liason Officer has hinted that the club is hoping to arrange some sort of victory parade.

Saturday’s plans for High Street and The Gallowgate were abandoned due to the volume of fans gathered in that area following the Scottish Cup Final win over Hearts at Hampden.

A year ago thousands gathered along London Road and the Celtic Way to greet the Double Treble winners but that wasn’t possible due to the Guinness Pro 14 final being plated at Celtic Park.

will there be another parade/celebration in the future? ideally at celtic park

Despite the non appearance of the open top bus with the players on board the celebrations continued across Glasgow city centre throughout Saturday night and into the bank holiday weekend.

After the recent claim by James Tavernier that Glasgow was blue and white Celtic fans seemed to take that as a challenge as they celebrated the first Scottish team to win a Treble Treble.

From the Gallowgate along Argyle Street into Queen Street and George Square Celtic fans partied and celebrated, and as Neil Lennon once said ‘this isn’t the end…’