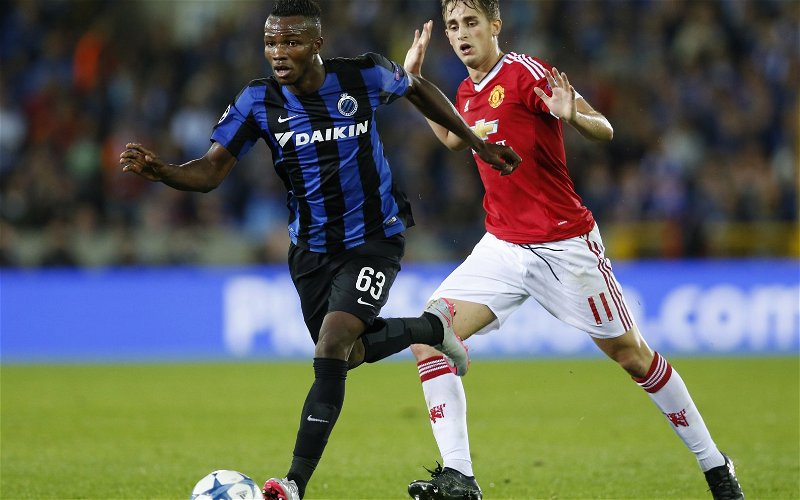 Celtic took their fans by surprise tonight with the 10.24 announcement that Boli Bolingoli-Mbombo had been signed from Rapid Vienna.

The defender flew into Glasgow earlier in the day with discussions at an advanced stage after Rapid had announce that Mbombo had left their training camp.

“It feels amazing to be part of the Celtic Family. Hopefully I can help the club win more titles and trophies.” ????

Mbombo becomes Neil Lennon’s third signing in less than a week following on from Christopher Jullien and Luca Connell.

With an 11pm Thursday deadline to register players for the Champions League qualifier the former Rapid defender will be eligible to play in Sarajevo although it’s unlikely that his fitness will be upto the same standard as his new team-mates.

Johnny Hayes has been playing in Celtic’s pre-season matches at left-back with confirmation of Mbombo’s arrival certain to fuel speculation that Kieran Tierney is on his way out the door.

You’ll need this for more than a month, the first three qualifying rounds (six midweeks) of both competitions are a free for all before @btsportfootball get the play off round.https://t.co/yKfO7zqs0o