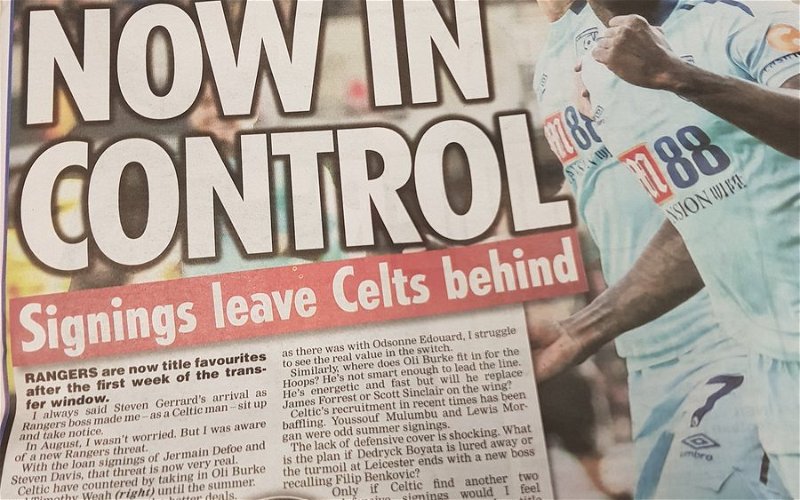 Charlie Nicholas believes that Arsenal are paying over the odds with a reported fee of £25m agreed for Kieran Tierney!

The defender is currently in London undergoing a medical as he prepares to repeat the move made by the Sky Sports pundit in 1983.

Nicholas claims to be a fan of both clubs but in the week that Ollie McBurnie was transferred for £20m he believes that Arsenal have been held to ransom for a player with over 30 appearances in European competitions.

Kieran Tierney’s proposed move to @Arsenal is a ‘statement of intent’, although @CelticFC are getting a good price for their man according to Charlie Nicholas. ????

“He would be a better left-back than what Arsenal currently have,” Nicholas told Sky Sports. “My honest opinion is it’s quite a high price and I think Celtic have got a very good value with £25million.

“People might say he’s worth £40m because (Aaron) Wan-Bissaka went to Manchester United (for £50m). He’s played in the Premiership in Scotland, he’s been a treble Treble winner, he’s an absolute diehard Celtic fan.

“It’s been an awkward situation for young Tierney, but in saying that I think the time is right to move on. Celtic fans might sit and say, ‘Why doesn’t he stay for Nine-in-a-Row?’ That’s not guaranteed. Ten-in-a-Row is not guaranteed.

“As an Arsenal fan, I think Arsenal are signing a very good left-back who will get better and I think Arsenal had to make a statement of intent to be stronger because we look very exciting going forward.”

Nicholas told Sky Sports viewers that Tierney was 24-years-old which will come as news to those that celebrated his 22nd birthday at the start of June.

During the second half of Celtic’s 1-1 draw with Cluj news emerged that a fee had been agreed with the English side to make Tierney the most expensive Scottish player.

Tierney has yet to take a full part in training this season with a long running pubic problem restricting his appearances over he last nine months.

Champions League football or selling off our best players?https://t.co/pRD3a1sXv6