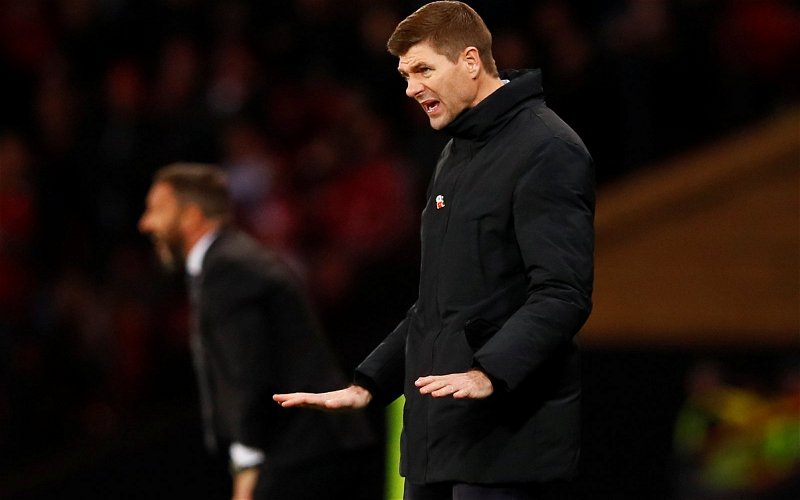 Furious Ibrox fans inundated Premier Sports after tuning in to watch their heroes in action against Progres Niederkorn only to be met with Munster v Leinster rugby being shown by Eir Sport 2 of Ireland!

The bears were far from happy that their £10/month subscription saw them miss the first 16 minutes of the action from Luxembourg.

Premier Sports opted out of showing Celtic’s 2-0 win away to Nomme Kalju preferring to spend their budget watching the Gerrard Revolution which saw Jermain Defoe starting in front of hot-shot striker Alfredo Morelos.

Why am I seeing rugby instead of the rangers game on virgin tv?

Well that’s a fucking lie, all I’m getting is rugby???

After 16 minutes Premier Sports were able to show the action from Luxembourg but there was no commentary which spared subscribers from listening to the anti-Catholic hate songs from the visiting support.

Gerrard’s side went into the match with a 2-0 lead to defend but lost 2-0 in their previous trip to Luxembourg during the Caixinha Revolution. Andy Halliday has been named as one of the substitutes.

Club 1872 are expected to release a furious statement later tonight.