‘It was a grind, I didn’t enjoy watching’ Gerrard chucks his Europa heroes under a bus! 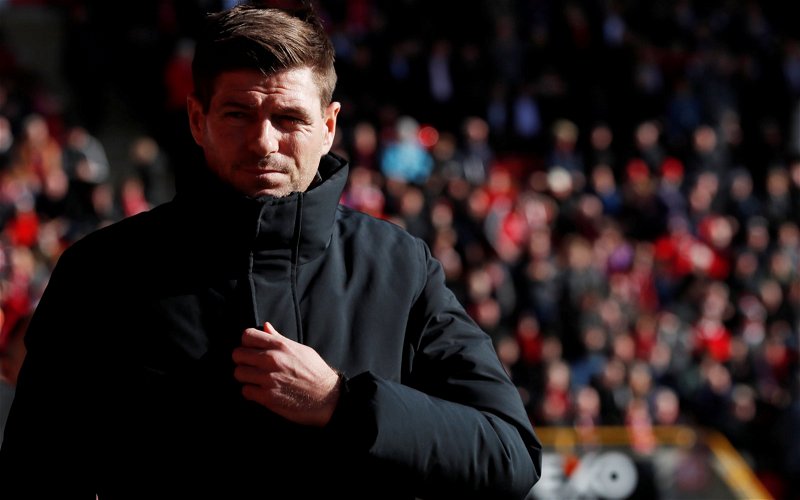 Steven Gerrard mentioned the word grind five times in less than a minute to describe his side’s 0-0 draw away to Progres Niederkorn.

After winning the first leg 2-0 at home the Ibrox side are safely through to the next round but there was nothing in the 90 minutes to please the former Liverpool youth coach, he felt that it was all a bit of a grind.

Only two of Gerrard’s summer signings started tonight’s match, Joe Aribo and Shenyi Ojo which suggests that once again the wage bill has been bloated by a job lot of bench warmers.

Alfredo Morelos was brought on for the last 15 minutes which was long enough for the chunky striker to miss two great chances to impress watching scouts from AC Milan, Eintract Frankfurt, Newcastle United, Wigan Athletic and Shrewsbury.

We maybe should have won the game, I thought that we created enough to win the game but still I don’t think it would change me mind on the whole performance. Look we’ve done enough to go into the next round, it’s a clean sheet so we’ll take that and move on but I didn’t enjoy watching it, I just thought that it was a bit of a grind. I won’t even watch the game back.

Next week Gerrard will be hoping his side can grind out another 0-0 away to Midtjylland in the third qualifying round of the Europa League.