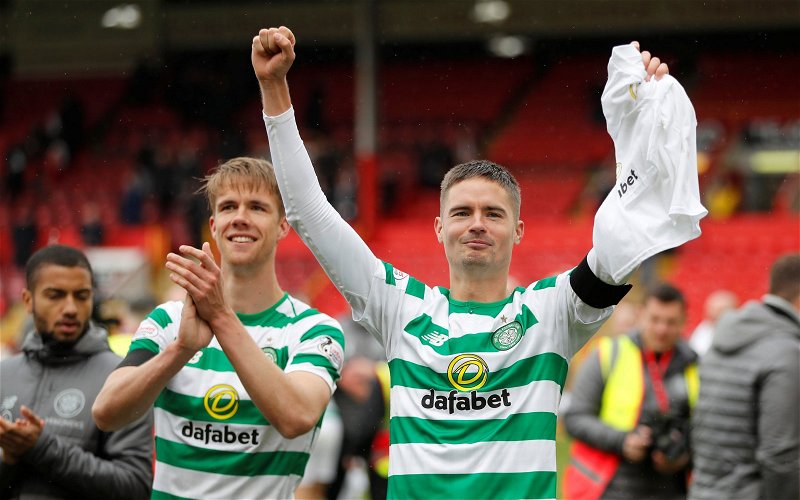 Neil Lennon has confirmed that there has been transfer interest in Kris Ajer.

The defender has been Celtic’s outstanding player of 2019 showing the ability and leadership that is rare in players, especially at the age of 21.

Dedryck Boyata and Filip Benkovic were Celtic’s first choice central defensive partnership in the first half of last season but Ajer kept on knocking at the door.

The young Norwegian barely missed a minute of action after the winter break, finishing the season alongside Jozo Simunovic as the hoops clinched the Treble Treble.

With his international career taking off Ajer ‘s profile is on the rise with AC Milan and Leicester City credited with an interest in Ronny Deila’s final signing.

“Kris has been outstanding this season and, at 21, he’s got so much to look forward to,” Lennon told The Sun. “There has been interest in him but the way he’s progressing, he’d be one of the last ones I would want out the door.”

Yesterday at Fir Park Ajer was moved out to right-back but managed to dominate that match with his 6 foot 5 frame coming up with an incredible run and assured finish to equalise within two minutes of Motherwell taking the lead.