Stephen Craigan was among the many taking delight in Celtic’s Champions League exit.

The BT Sport pundit is often described as the dullest man in the game but clearly enjoyed the success of Cluj last night at the expense of the Scottish champions. 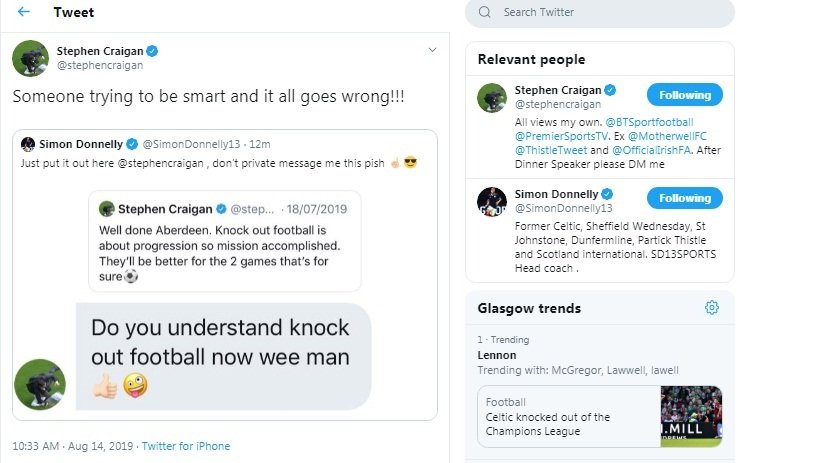 Love how these guys are meant to be ambassadors for the Scottish game… Also has Craigan ever played a group stage match in any European Competition? ???? #nomark

Craigan starred for Motherwell and Partick Thistle during his illustrious playing career which included a number of spectacular own goals including one in the 2011 Scottish Cup Final that denied Mark Wilson some extra glory.

Last season he stepped down as coach of Motherwell’s Reserve team to dedicate more time to his media career.

From next week BT Sport will have exclusive coverage of the Europa League and Champions League, it’s unlikely that Craigan will be involved in Celtic matches.

On Thursday night Celtic will discover if they face Sheriff Tiraspol or AIK in next week’s Europa League Play Off with the hoops at home in the first leg.