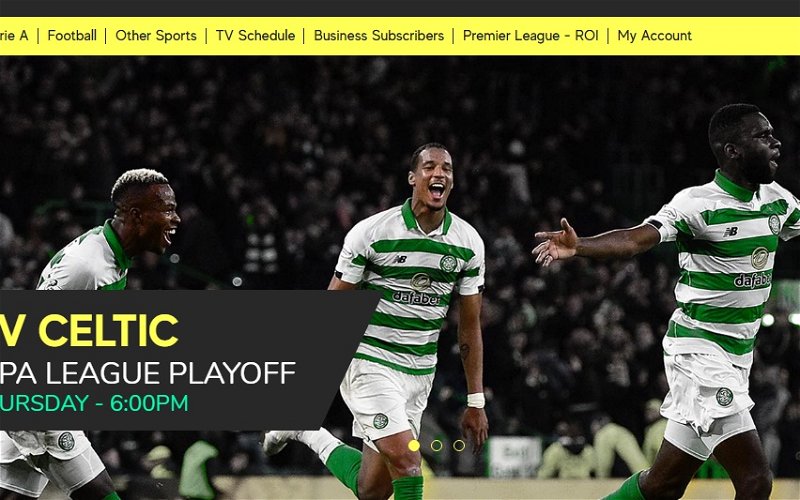 The landing page of the Premier Sports website has announced that they will be showing Thursday’s Europa League Play Off between AIK and Celtic, kick off 6pm Celtic Park Time.

Neil Lennon’s side take a 2-0 advantage to Sweden hoping to book their place in the group stage draw which takes place on Friday.

Premier have come in for criticism from Celtic fans for their hit and miss coverage of the hoops but have come up with the goods for Thursday’s match.

Celtic’s own channel showed the away matches against Nomme Kalju and Cluj but Premier appear to have bought up the coverage for Thursday’s match although they haven’t mentioned it on their social media channels.

Craig Gordon will return in goals for Celtic on Thursday with Fraser Forster ineligible with hoops fans looking to see if their squad is strengthened before kick off on Thursday.

Yesterday Neil Lennon stated that he hoped to have two or three new faces on the flight to Sweden to settle in before Sunday’s match at Ibrox.