Jozo Simunovic has posted a defiant picture from his hospital bed after undergoing knee surgery.

‘I’ll be back’ he vowed copying the style of Arnold Schwarzenegger after undergoing surgery for the issue that has kept him out of action since Celtic’s 2-0 home win over AIK last month. 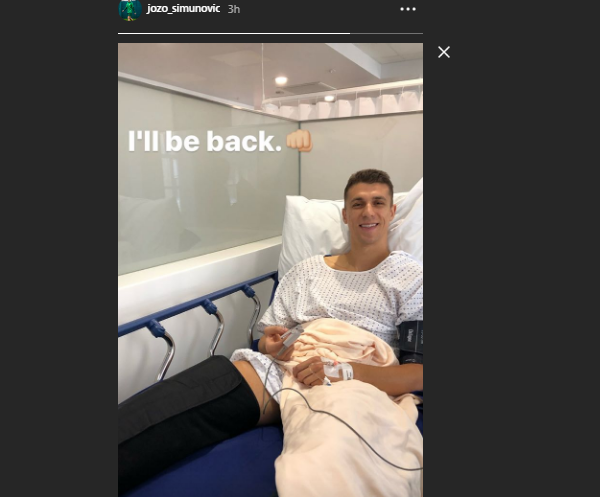 Simunovic has made all seven of his appearances this season in European matches with his long running knee issue restricting him to one match a week.

With the former Dinamo Zagreb man and Nir Bitton ruled out for the remainder of this month Celtic will have to rely heavily on Christopher Jullien and Kris Ajer through an extensive run of fixtures.

Hatem Abd Elhamed appears to be the only other experienced central defender at the club with Jack Hendry appearing to be far from Neil Lennon’s plans.

The hoops boss described Simunovic’s surgery as an arthroscopy with the length of his absence likely to become apparent over the next week.