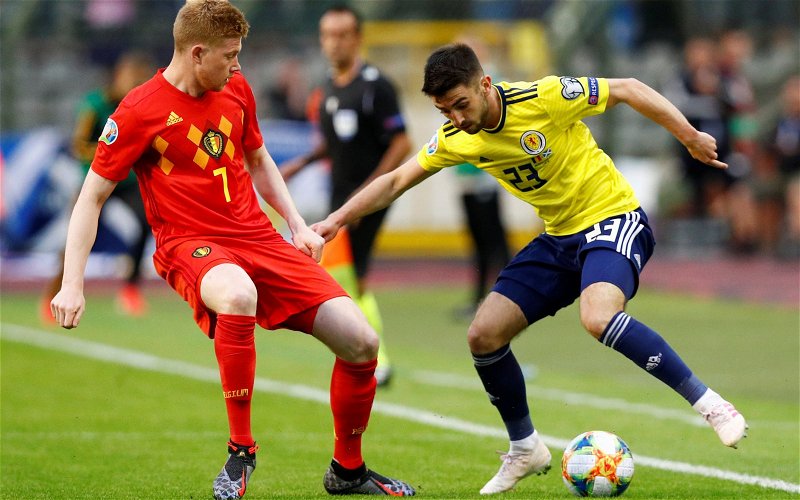 The former Kilmarnock defender has still to make his hoops debut but after playing in Killie’s win over Hamilton in the previous round he is cup-tied from playing for any other team in the competition.

That 1-0 extra-time win thanks to a goal from Dom Thomas was to be Taylor’s final match as a Kilmarnock player ahead of his deadline day switch to Celtic.

With Moritz Bauer and Christopher Jullien picking up knocks in the 3-1 win over Kilmarnock Neil Lennon could be short of options in defence for the visit of Thistle under new boss Ian McCall.

Taylor was an unused substitute against Kilmarnock and was also on the bench for Scotland’s recent internationals against Russia and Belgium.

With Hibs to be faced on Saturday at noon Lennon is expected to make a few changes for tomorrow’s match with Callum McGregor, James Forrest, Ryan Christie and Odsonne Edouard in line for a break from top team duty.