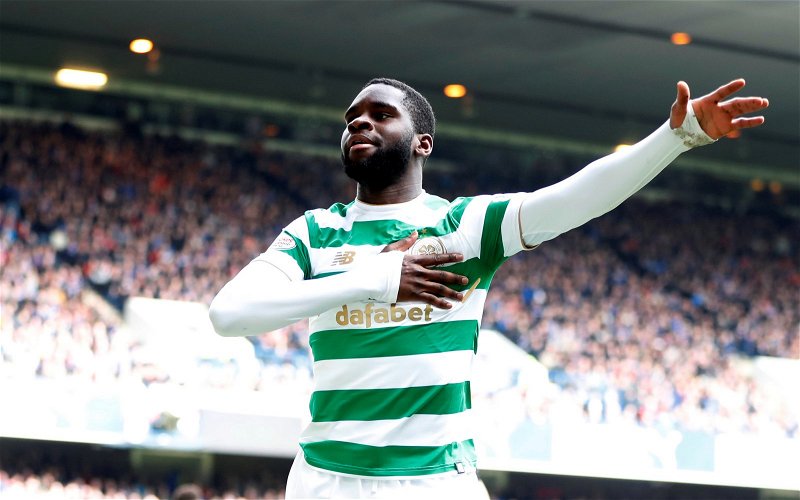 Chris Sutton has backed up Odsonne Edouard in his ‘celebration-gate’ row with Charlie Nicholas.

According to the Sky Sports the lack of goal celebrations of the French striker is a source of irritation. It seems that after years watching matches from the comfort of a London studio Nicholas prefers to see carefully choreographed goal celebrations.

To most regular Celtic fans French Eddie’s goal celebrations are perfectly adequate whether they are at home, Ibrox or at Hampden but that’s not good enough for hard to please Nicholas.

As Celtic’s most expensive signing Edouard has delivered on almost every target put in front of him.

Signed as third choice striker on a season long loan he made his mark on the fans with a glorious winner at Ibrox in March 2018 to give ten man Celtic a vital derby win.

Two months later he scored twice before half time to clinch the title in an emphatic 5-0 derby rout before scoring twice against Hearts in May to clinch the Treble Treble.