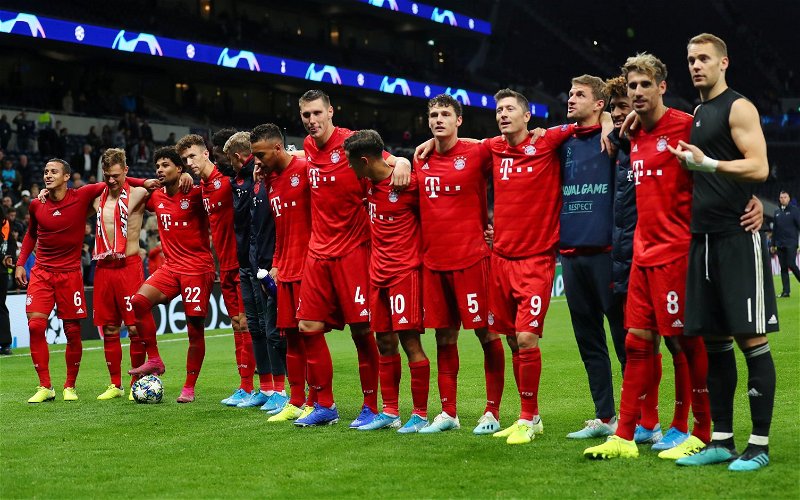 One Spurs fan had more reasons than most to regret last night’s Champions League humiliation from Bayern Munich.

Fueled by the delights of regularly finishing in the top four of the EPL and watching from a spectacular new stadium tends to create delusions which can come home to haunt as last night’s nine goal thriller proved.

It is almost 60 years since Spurs were the champions of England but that inconvenience has long been overlooked by UEFA with last season’s final being played between two clubs that haven’t celebrated a title success in generations.

Celtic took some heavy defeats in Europe under Brendan Rodgers but the scoreboard never had go beyond five in a home defeat.

No English club has ever lost seven goals before in UEFA’s premier competition but with the Spurs defence in disarray Bayern were scoring at will. Against Celtic two years ago the German champions were pushed all the way to record a 2-1 win.

Last season Spurs produced some thrilling performances and results to reach the final but on last night’s evidence they might be closer to Celtic in the bigger picture than their masters from Munich.