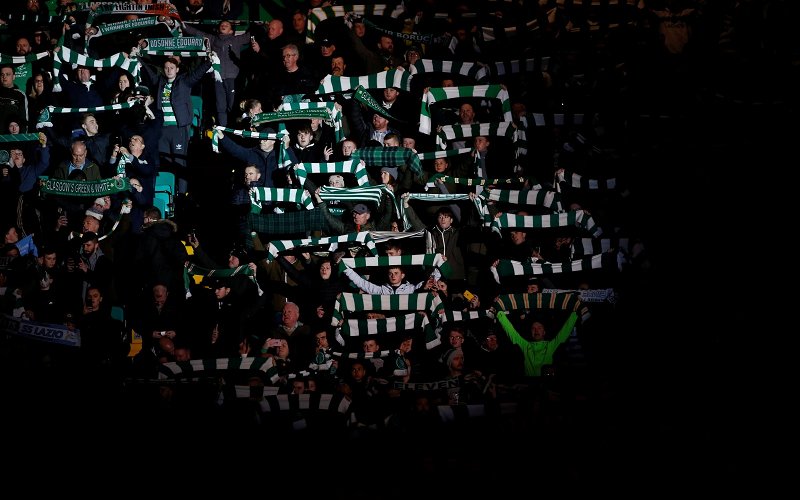 Celtic have warned supporters that no political banners will be allowed inside the Stadio Olympico for next week’s Europa League clash with Lazio.

For the home match last week a couple of political banners were raised as well as some very direct messages aimed at Lazio.

The Italian side have repeatedly fallen foul of UEFA over racist actions with part of the Curva Nord closed next week as a result of incidents during the Europa League match against Rennes.

Banners will be checked on arrival and must be Celtic only, no banners or flags with any political sentiment or mention of any other football team or organisation will be permitted.

Celtic have been given an allocation of 9,000 tickets for the November 7 match with at least 10,000 fans expected to make the journey.

Despite regular trips to Barcelona, Milan and Trondheim down the years Celtic have never played in the Italian capital in a UEFA competition.

Celtic currently sit in top place in Europa League Group I knowing that a win next Thursday will guarantee their place in the knock out stage with two matches left to play.