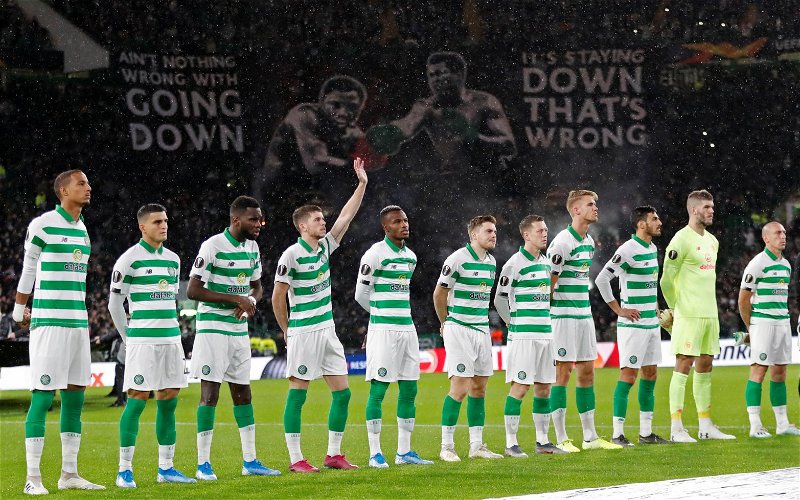 The Sky Sports pundit has become a figure of derision this season but appears to be looking on the bright side for the Europa League match.

Ahead of the opening match away to Rennes he questioned the hoops away form in Europe (unbeaten with 3 wins and 2 draws to date) while Odsonne Edouard’s lack of goal celebrations were also highlighted.

Few Celtic fans hold much respect for the views of their former striker but not many will argue with his Sky Sports predictions ahead of Thursday’s sell-out match:

It is a cracking game. Lazio are not one of the top names in terms of the Italian teams now and Celtic Park relishes these on European nights. Lazio are seventh in the Serie A but are tough defensively.

Odsonne Edouard enjoys these types of games, so he will want to play well and show his credentials. Lazio are well organised and are great on the counter-attack. The crowd are something else on these nights so I think Celtic could just nick it.

That score-line would be warmly welcomed by the Celtic support, taking their team onto nine points from three matches in their Europa League group.

One more win in the reverse fixtures should be enough to secure a place in the knock-out phase after Christmas but it will require a full-on performance on Thursday night to get the best of Lazio.

Neil Lennon will preview the match on Wednesday at a media conference with Ryan Christie almost certain to come into the side after being suspended for the 6-0 SPFL win over Ross County.