Leigh Griffiths has posted a picture from Celtic’s pre-season friendly at Pinkafeld- hinting that he is about to relaunch his hoops career.

Celtic beat the Austrian lower league side 6-1 in their first pre-season friendly but the game carried greater significance for the former Hibs striker.

After taking time out from football last December playing and scoring against Pinkafeld was a real landmark for Griffiths. 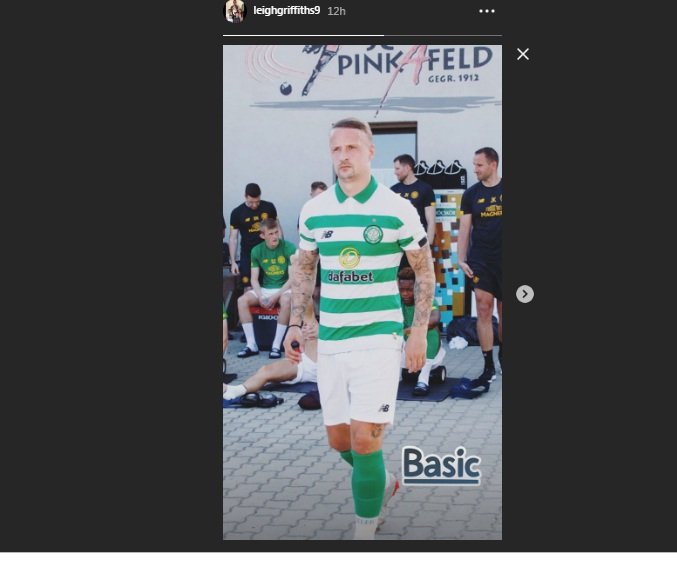 The striker hasn’t played any football since Celtic’s 3-1 win over Hearts at the end of August with a combination of a thigh strain and virus seeing him miss out on trips to his former clubs- Livingston and Hibs.

Those absences have led to a flood or rumours about Griffiths across social media but returning to scoring action is the only way to expose the cynics.

Griffiths has scored three goals this season but the last of them was more than two months ago during the 5-2 win away to Motherwell.