Has Celtic’s Castagne mystery just been cleared up? 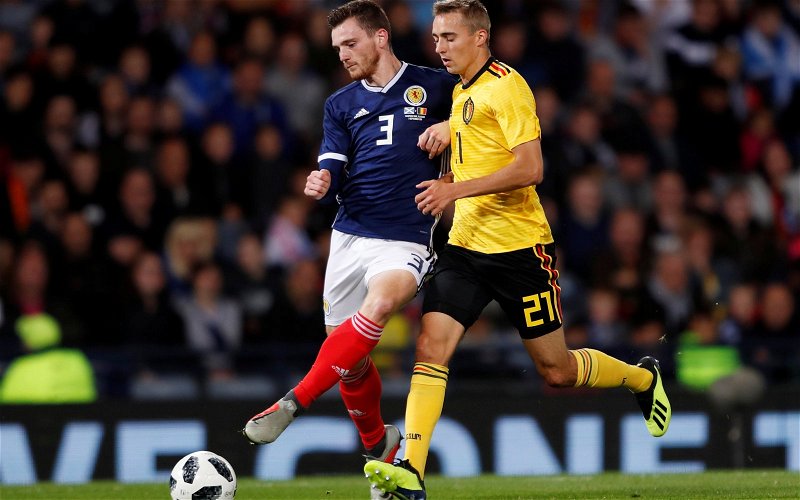 During the summer 2018 and January 2019 transfer windows Celtic were strongly linked with signing Timothy Castagne.

The right-back was in and out of the Atalanta team as the clock ticked down on the contracts of Mikael Lustig and Cristian Gamboa.

It was a priority area for Celtic to strengthen in, after missing out in the summer decisive action was expected in January with Castagne’s name prominent from the moment that the window opened.

The 23-year-old was an international team-mate of Dedryck Boyata but as January passed the chances of a club link up declined amid claims that Castagne had his eye on a move to England or Germany.

At the last minute Celtic signed Jeremy Toljan on loan from Borussia Dortmund with the latest Daily Record podcast going a long way to explaining why Castagne never swapped Serie A for the SPFL.

Hammond is starting with a pretty low-level expectation because his predecessor wasn’t very good at it. The targets were unrealistic. Congerton’s sole remit was recruitment. Hammond might be more hands-on contractually and dealing directly with Lawwell.

You won’t get to that situation of an £8million full-back turning up talks wanting £75,000-per-week and getting laughed out the building. You won’t get to that stage because Hammond is there to negotiate and is setting up the networks to get these targets in and will know the parameters Celtic are working under.

It was weird (under Rodgers and Congerton), Celtic either moved for players they couldn’t afford or ones below the standard required and paid over the odds.”

Castagne went on to establish himself in the Atalanta side in the second half of the season as they finished fourth in Serie A to clinch a place in the Champions League group stage.