Celtic in scouting mission for Lovric

Celtic have been linked with a move for Kristijan Lovric.

Interest in the 23-year-old winger has been picked up by the @timomouse Twitter account which specialises in Croatian, Serbian and Slovenian football.

Have been advised Celtic were at the cup game on Weds scouting Kristijan Lovric as long term left winger beyond Elyounoussi.

Lovric scored in Gorica’s 2-1 cup win over Hadjuk Split on Wednesday. The 23-year-old is in his second season with  Gorica, scoring six times in 11 appearances this term with his contract running until June 2022 which would ensure his club a full market value transfer fee.

With Mo Elyounoussi, Scott Sinclair and Jonny Hayes out of contract at the end of this season the left-wing position is clearly one that Celtic will look to strengthen with none of that trio likely to be offered a new deal for varying reasons.

The scouting/recruitment process is a lengthy business covering video analysis, live scouting visits and agent discussions before decisions are made.

Should Celtic be in the market for Kristijan Lovric or another left-winger? 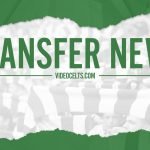 No, we must pull out the stops for Elyounoussi 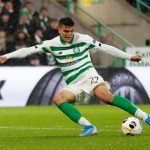 Nicky Hammond will have a key role to play but at the age of 23 and playing in an eastern European league Lovric does fit the well established profile of a potential Celtic signing.