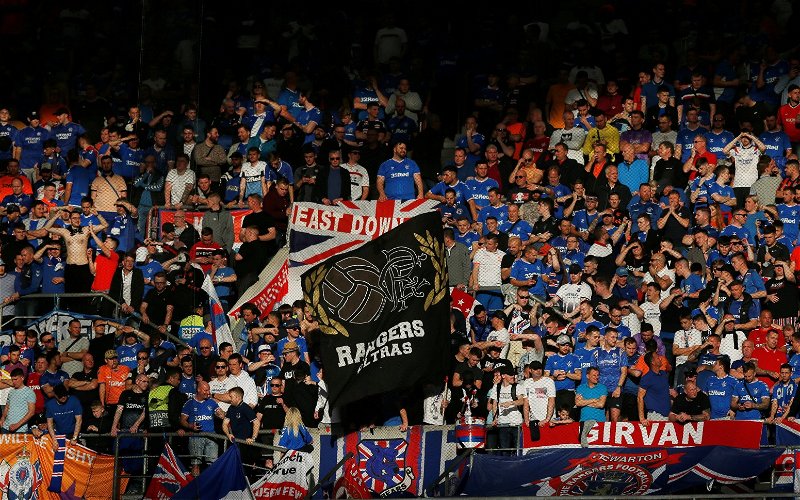 John Hartson has taunted Ibrox fans ahead of their match with Feyenoord.

Around 8,000 travelling fans are expected in Holland today with just 3,000 tickets available for tonight’s match in Rotterdam.

Most fans are spending their time in Amsterdam with reports of trouble last night around Dam Square.

A heavy police presence will be out in force today, especially on trains between the two cities with Hartson well aware of what lies in store.

Just bumped into a load of Rangers fans at Edinburgh airport they asked me where I’m going, I told them London to cover the Arsenal match tonight.. then I said back are you off to Feyanoord for a Fight ????

Watch out for some horrific abuse coming your way big man. If it’s any other teams fans, it’s a scuffle, but since it’s the new club it’s just a scuffle between 2 drunk people.

Steven Gerrard’s side go into tonight’s match without Jermain Defoe which means that Alfredo Morelos is his only available striker.

The Colombian is on two group stage bookings with a further yellow card ruling him out of the final group match at home to Young Boys in a fortnight’s time.

Over the next 11 days Gerrard’s side face Feyenoord, Hearts, Aberdeen and Celtic as they face challenges on three fronts.