Home delights for Frimpong as he watches epic Celtic win

On Saturday Jeremie Frimpong was on the pitch at Hampden helping Celtic to reach the final of the Betfred Cup.

Last night he was at home in his flat watching the same players earn a stunning win over Lazio to book a place in the last 32 of the Europa League. On Sunday he’ll be hoping to win back his place in Neil Lennon’s side for the home match against Motherwell. 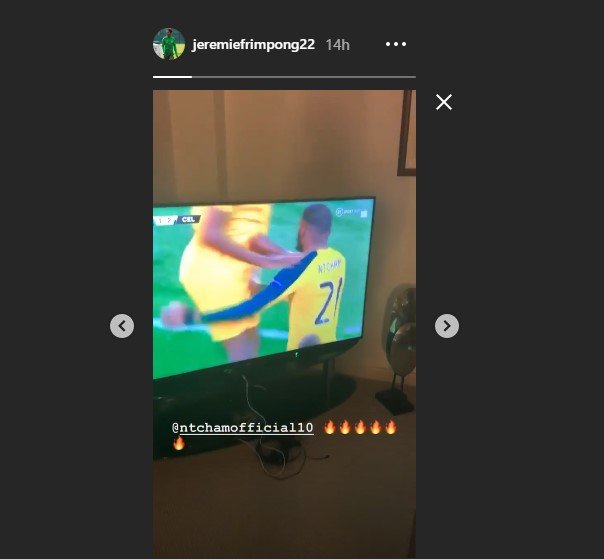 When he signed for Celtic on transfer Deadline Day the Europa League wouldn’t have been much of a priority for the teenager arriving from Manchester City.

On Matchday One, away to Rennes, Frimpong was still waiting for a place in Celtic’s matchday squad but when he was handed a debut against Partick Thistle in the Betfred Cup he took his chance with both hands.

The teenager continued to boost his prospects with impressive displays against Ross County, Aberdeen and Hibs to give Neil Lennon a third credible option at right-back alongside Hatem Abd Elhamed and Mortiz Bauer.

When the Celtic boss names his squad for the knock out phase of the Europa League it’s certain that Frimpong will be included as he adds European football to his CV.