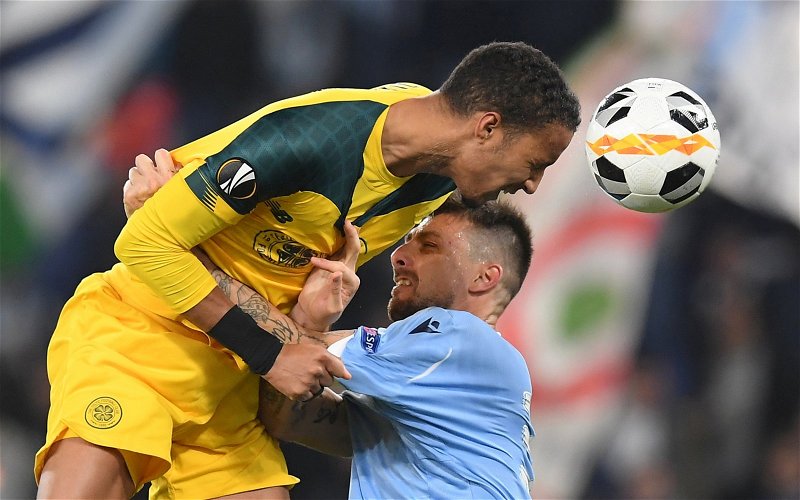 By his own high standards, it was a fairly quiet almost routine night at the office for Chris Jullien against Rennes but there was a new gremlins in his Twitter account.

The defender had been required to pull off some heroics in both matches against Lazio but against Rennes it was much les frenzied as Neil Lennon’s side clinched top place in Europa League Group E with a trip to Romania still to be completed.

Rennes rarely provided a threat to the Celtic goal with the hoops on the front foot throughout and taking the initiative through Lewis Morgan’s early goal.

There may be an ‘t missing from part of that message while the term crack in relation to Mikey Johnston has probably been lost in translation.

has possibly beeBy the time Mikey Johnston put Celtic 3-0 up in the 74th minute Neil Lennon was starting to think ahead with Scott Brown, James Forrest and Ryan Christie about to be replaced.

Jullien and Kris Ajer look like being excused the trip to Cluj on December 12, with a hectic schedule of domestic matches after the visit to Romania Lennon will be hoping that his main men stay as fresh as they were against Rennes.