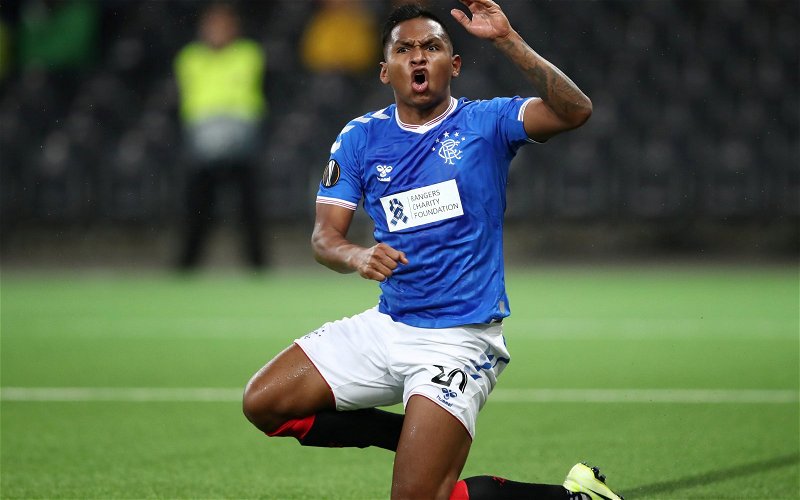 Neil McCann has claimed that Alfredo Morelos is as valuable as Kieran Tierney.

The former HJK Helsinki starlet has been the subject of media speculation during the last four transfer windows without a proper offer being put on the table.

While Tierney left Celtic in the summer with four SPFL title winning medals and two seasons of Champions League football under his belt Morelos is still looking for his first Scottish trophy.

To get a work permit to play in England Morelos will need to feature in 75% of Colombia’s competitive internationals over a two years period. The 23-year-old has only played in a couple of friendlies, failing to last 90 minutes in any of his Colombia internationals.

Reality rarely comes into matters at Ibrox with the need to compete with Celtic resulting in their players being compared to Tierney and Mousa Dembele.

Explaining his view on the striker to The Sun McCann said:

The manager will put up a healthy fight, that’s for sure. I can’t see for the life of me the board entertaining Morelos going unless it was stupid money.

I mean, it would have to be crazy cash – £25 million plus, maybe, Kieran Tierney money.

You see guys moving down south readily from the Championship for that type of money. When you look at Morelos, he is a fantastic goal scorer and has so much so offer, powerful.

To Rangers, is he worth more if they were offered £25 million? I think Steven Gerrard would argue yes, because I think they have a real genuine opportunity of wining the Premiership this season.

I’m pretty sure he would argue if you sell Morelos in January then you throw away the chance of getting that trophy.

With a £10m funding black hole to be met for this season and Sports Direct due a damages award amounting to ‘many millions of pounds’ the Ibrox money men will have to make some drastic decisions in January if they are to see the season out.