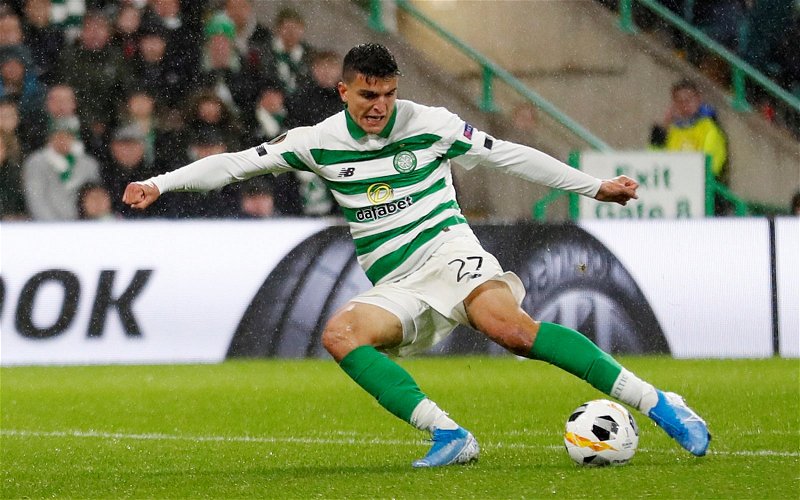 After playing for and against Celtic on a European night Moi Elyounoussi got to experience the stadium as a spectator last night.

Back in 2015 Celtic Park was half empty as the winger got on the scoresheet for Molde as Ronny Deila’s reign touched a new low just a few months after a 3-3 thriller against Inter Milan. Little could he have imagined that he’s be back in a few years, playing and scoring regularly in front of full houses with Celtic making fans sit up and take notice of their performances and results. 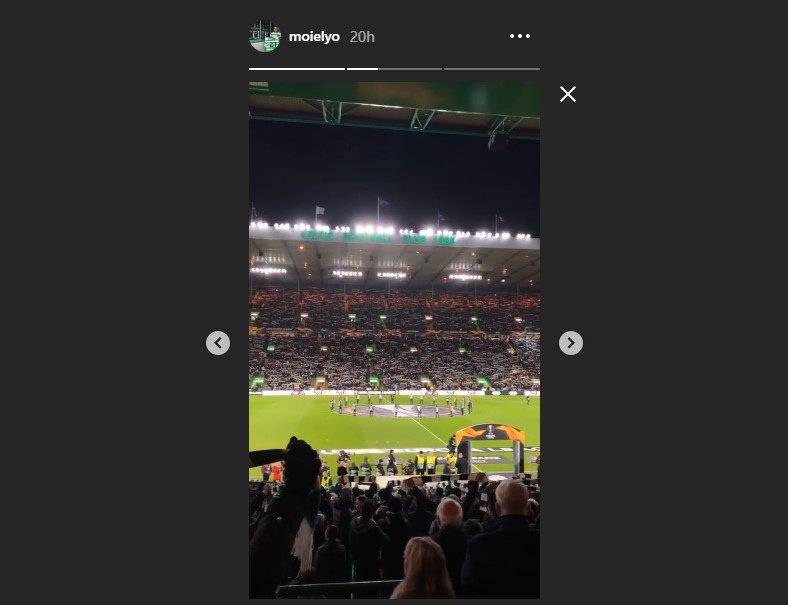 Part of three videos on his Insta story

Elyounoussi was the star of that side, managed by Ole Gunar Solskjaer, before moving on to Basel where he appeared to hit the jackpot with a £15m move to Southampton in the summer of 2018.

Life in the EPL failed to live up to expectations but a loan move to Celtic at the end of August has got his career back on track with some hoops’ supporters believing that he could join the club on a professional basis.

With an EPL contract that runs until 2023 meeting the players’ wages would be a major issue but for now Elyounoussi and the Celtic support seem to appreciate the circumstances that has brought them together.