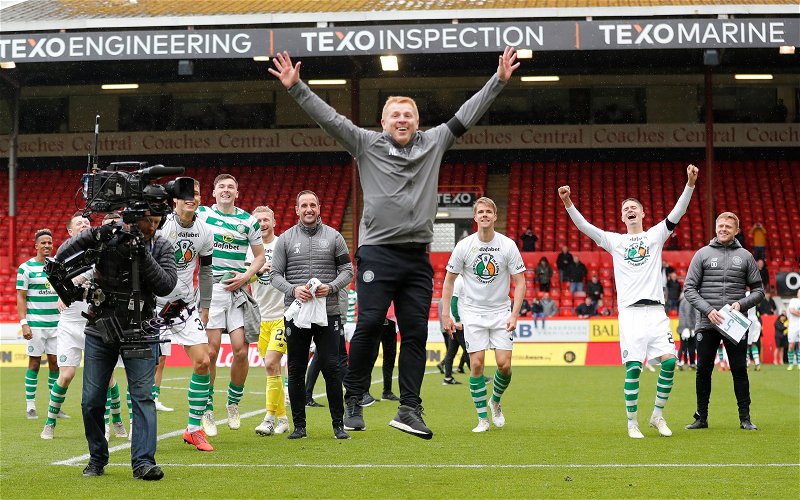 Neil Lennon attended mass this morning in the Scots College in Rome ahead of tonight’s Europa League tie against Lazio.

The Irishman has been with Celtic all across Europe over the last 20 years but this is the first time that the hoops have played in the Italian capital.

? Neil Lennon and #CelticFC directors, along with our fans, celebrated Mass in Rome following @ScotsCollegeIT’s invitation.

After mass Lennon has the task of finalising his tactics for tonight’s match with Celtic sitting at the top of Europa League Group E.

A win or a draw will put Celtic into a very commanding position to progress to the last 32 of the Europa League but with Lazio sitting in fourth place in Serie A tonight’s match is a massive task.

Over 10,000 Celtic fans are expected inside the Stadio Olympico for the match, the largest travelling support so far this season in the Europa League and more than Celtic take to any SPFL Premiership away matches.

With Boli Bolingoli picking up a hamstring strain on Saturday against Hibs Lennon’s big decision will be over whether he plays Jonny Hayes or Greg Taylor at left-back.