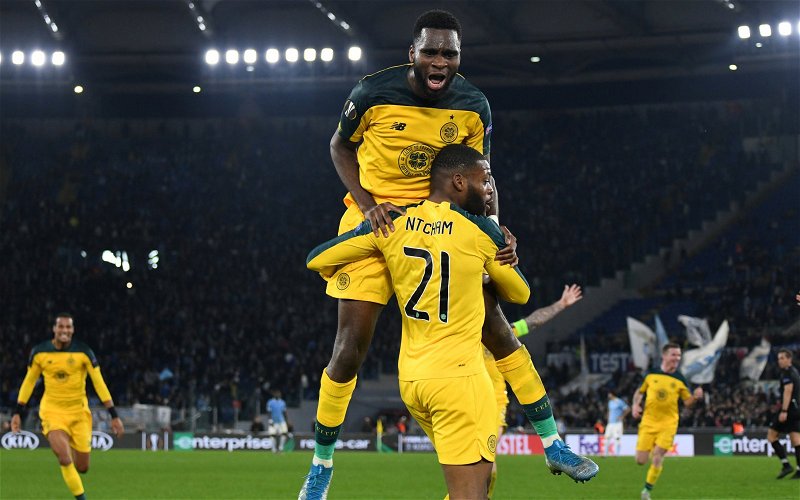 Stan Collymore has highlighted the significance of Olivier Ntcham scoring Celtic’s winning goal away to Lazio.

The Italian side have a strong right wing/racist element among their support with part of the Curva Nord closed for tonight’s match due to racist actions during the Europa League win over Rennes.

Celtic are most certainly a multicultural team with players drawn from across Europe for the pleasure of being paid to play football and the opportunity to project their career.

A black muslim scored the winner for Celtic, witnessed by the Fascist Ultras of Lazio.

As he was engulfed by his team-mates the only issue that mattered was that he was wearing a Celtic shirt as the club formed to feed Irish Catholics in Glasgow’s east end made their presence felt on the European stage.

With two matches left to play Celtic are assured of European football after Christmas, Lazio must now beat Cluj at home and hope that Celtic avoid defeat away to the Romanian side in the final round of fixtures.