‘This is the Day’ Celtic fans in New York celebrate Ntcham goal in style! 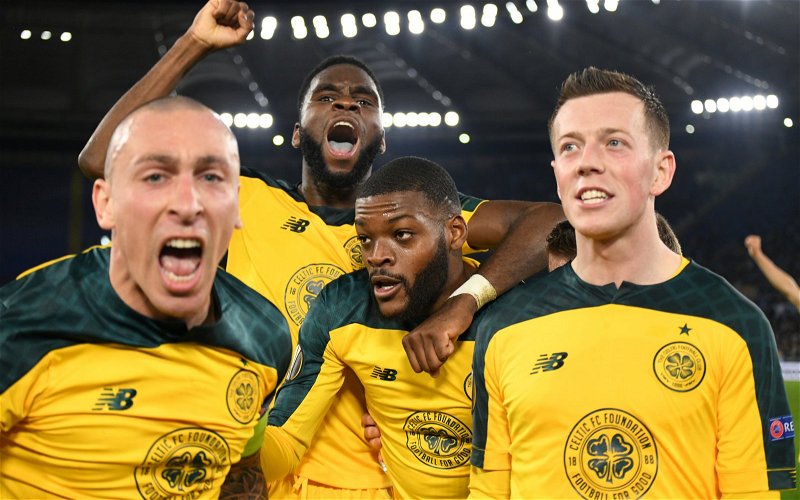 Celtic fans worldwide celebrated the dramatic win over Lazio in the Europa League.

Ten thousand fans were in the Stadio Olympico with thousands more watching on television worldwide.

Olivier Ntcham’s delicate shot over the goalkeeper deep in stoppage time was an unforgettable moment as fans across the globe roared in delight at the goal.

It didn’t matter if you were along the Gallowgate or round the corner from Time Square, when the ball slipped inside the post every watching fan cheered as if they were in the Stadio Olympico watching it all for real.

The fans in the Italian capital had to negotiate their way back to their hotels but for those in the big apple a memorable afternoon was about to spill into an evening of epic celebrations.