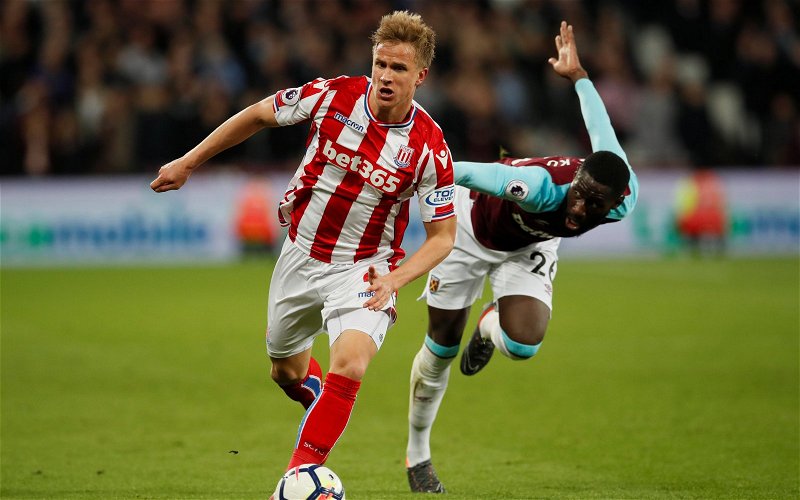 Almost every loan transfer has a recall option but despite a change of manager at Stoke the defender looks certain to stay on loan until the end of the season.

Bauer was brought in to compete with Hatem Abd Elhamed for the right-back slot but both players have been left in the wake of Jeremie Frimpong who arrived on transfer deadline day and seems to have the position nailed down.

Michael O’Neill has taken over from Nathan Jones as manager of Stoke but with Bauer on an EPL contract his parent club are happy to have someone else contributing towards his wages.

The new boss at the Championship club told StokeonTrent Live:

Players on loan from a development point of view we have to watch very closely because we believe they have an awful lot to offer the football club, but players out on loan for other reasons, possibly their future lies away from the club and we have to focus on those we believe have a future at the club.

Bauer played for Celtic in last night’s Europa League win over Rennes and is under contract with Stoke until June 2023.

Stoke have been linked with an interest in Jonny Hayes who is out of contract at the end of the season.