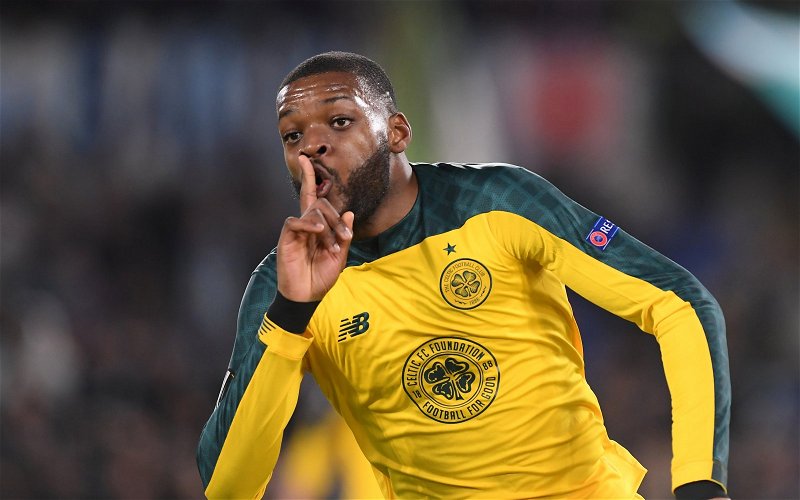 A report on the BBC has claimed that Celtic players suffered racist abuse during the Europa League victory over Lazio in the Stadio Olympico.

The Italian side have been serial offenders in recent seasons with part of their home stadium closed off for the Celtic match with the #EQUALGAME logo where fans should have been.

UEFA have come under increasing pressure to tackle racism with the issue highlighted during England’s recent European Championship qualifier away to Bulgaria.

During the first half play was twice stopped with Tannoy announcements warning fans that a third incident would see the match abandoned.

Bulgaria were ordered to play two matches behind closed doors as a punishment for those incidents.

“It’s not like it was 20 years ago. It’s getting worse and worse.” I speak to UEFA’s president Aleksander Ceferin about racism in tonight’s @BBCNews Piece includes unseen footage that anti-racism campaigners believe shows abuse of Celtic’s black players from some Lazio fans. pic.twitter.com/XLJ2q0gvdX

Lazio were charged by UEFA for racist actions by supporters during the Europa League tie against Rennes with concerns that the full ground could be closed for the visit of Celtic.

Around 10,000 Celtic fans made the journey to Rome to watch their side record a dramatic 2-1 victory, at the match there were no reports of any racist abuse of any players.