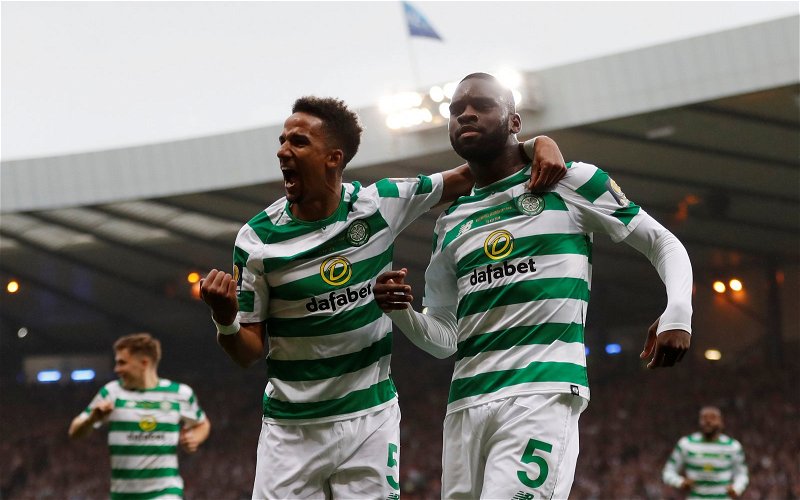 On Sunday the hoops beat Hibs 2-0 and repeated that scoreline at Tynecastle tonight to underline their determination to hold onto the SPFL Premiership title.

Since losing 2-0 at Livingston in September Celtic have racked up nine consecutive wins in the title race while claiming the League Cup and winning their Europa League group.

The heavy surface and a wholehearted home side threatened to derail the visitors but they held their nerve then demonstrated their class with two first half goals.

I think Edouard has been sensational. His touch, his ability to link up and his strength has been great. He should’ve scored as well, he will be disappointed with that

It’s another great performance from Celtic. They just keep churning them out time and time again. Their level of professionalism is incredible

Five minutes from the interval another flowing move opened up the Hearts defence with a classy finish from Ntcham giving Celtic the half time lead that they deserved.

The win puts the pressure on Steven Gerrard’s side who face Hibs on Friday night trailing the hoops by five points.