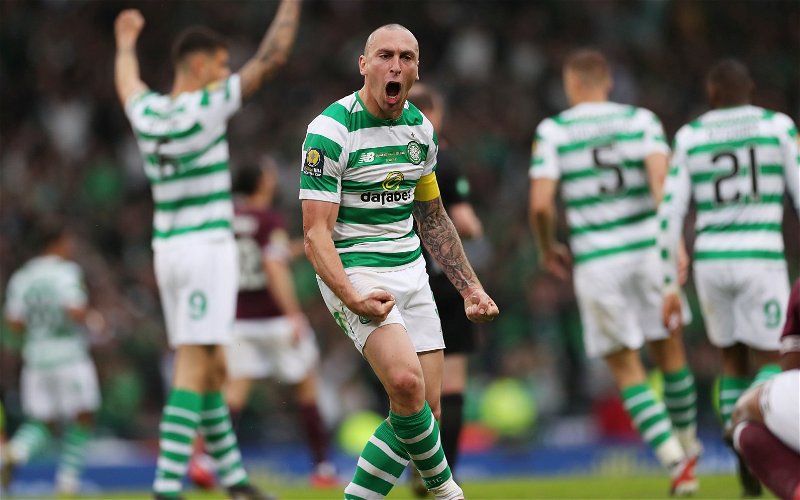 Apparently the Celtic skipper runs Scottish football and is allowed to referee matches! That statement is half right but if the latter part was true Steven McLean would have been sent off early in the second half of Wednesday’s defeat from Celtic for impersonating the late cynical fouls that Steven Naismith specialises in.

Had Brown been refereeing matches perhaps Celtic wouldn’t have lost twice in their last five visits down Gorgie Road. At the start of last season the hoops lost 1-0 at Tynecastle with Naismith in his pomp, kicking out at Jonny Hayes while he was grounded then screaming in his face. Needless to say, no action was taken by referee John Beaton.

He plays his game but he also plays like the referee so it is like we have no referee on the pitch. I’m starting to know this league now and I can see that when we play Celtic, ok, Brown is the referee. It’s easy for them just now because they are top of the league and apparently they always win against Hearts at the moment but hopefully we will be in better condition next time we play them and then we’ll see what happens.

A quick Google search reveals details of Damour’s career to date. The midfielder played for 21 minutes last season in the EPL as Cardiff were relegated back to the Championship.

Before moving to Wales he was at French Second Division side Bourg-en-Bresse after spells at Freujus St Raphael and White Star Bruxelles.

Should Damour carry out some research he’ll note that Brown has won 9 Championships, 5 Scottish Cups and 6 League Cups, one with Hibs.

In their glorious history stretching back to 1874 Hearts have been champions of Scotland 4 times, won the Scottish Cup 8 times and the League Cup on 4 occasions.