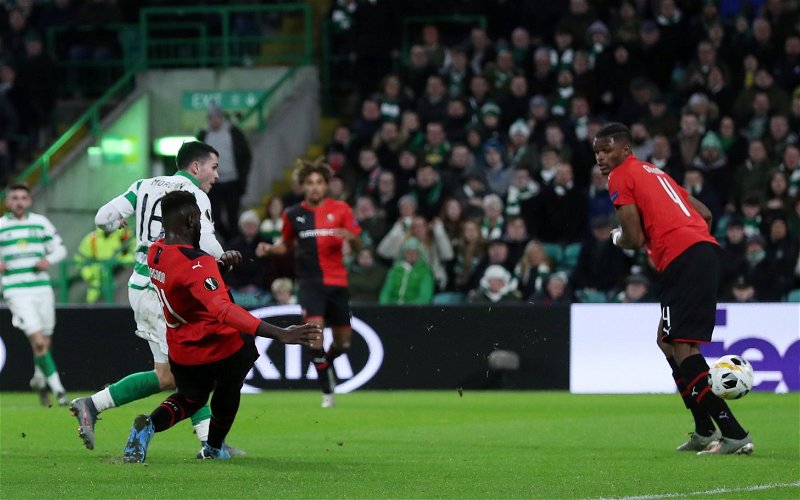 Scott Brown has highlighted the impact that Lewis Morgan has had on the Celtic side.

In training over the previous weeks Morgan was being assessed by the Celtic coaching staff and took his chance to impress with the opening goal against Rennes.

The former St Mirren winger has been involved in assists against Ross County and Hamilton Accies and looks like starting at Hampden on Sunday if Edouard fails to prove his fitness.

You’ve seen wee Lewis Morgan doing unbelievably well over the last few weeks. His pace, his willingness to run and close things down that maybe no one else can do. It shows the strength in depth in the squad and we might need to use it.

You never know who is going to be fit and we’ll check that in the next couple of days. It’s about seeing who’s fit and taking it from there. We’re all very close in the dressing room and we all want each other to win and play well.

When lads are injured they keep coming along. They support the lads and in the changing room, they speak to us before the game. That’s what a good squad does.

In his final season at St Mirren Morgan scored 18 times in 44 matches as the Paisley side clinched promotion to the top flight.

The Celtic boss will give an update on Edouard’s fitness at his lunchtime media conference.