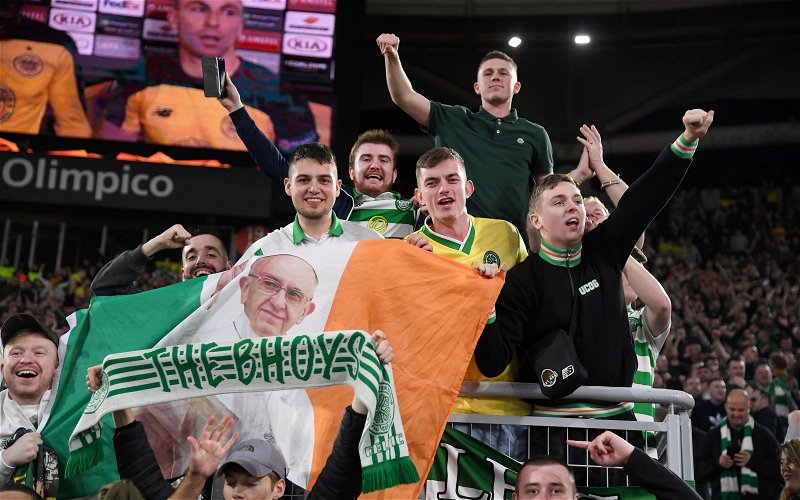 Celtic SUPPORTERS were quick to put Roger Mitchell in the right after the former SPL chief executive claimed that fans were going to Romania instead of buying presents for their children!

Assuming that every fan in Cluj is a parent seems almost as ridiculous as the suggestion that it is a straight choice between going to football or buying presents.

Almost all of the 1,000 fans that went to Romania booked up for the trip within 24 hours of the draw being made. While they had hoped to see their team progress as quickly as possible logic suggests that the final group match is very much live.

Last season Celtic went into their final group match with their fate unknown, despite losing at home to RB Salzburg an unexpected win for Rosenborg away to RB Leipzig saw Celtic progress to the last 32.

It’s the magic and wonder of football. The sort of emotions that would by-pass a chief exec more interested in spreadsheets, generating income at any cost, referring to fans as customers and the sport as a product.

Mitchell was the first chief executive of the SPL, resigning in November 2002 after four years in the job.

I feel like a flaming today. Coz I’m pissed off. Tell me: why would folks go to a dead rubber in Romania when Christmas is coming up and there are presents to buy? Whatever you spent could have gone to your kids. Fire away 🙂

Football supporters supporting their team ? who would a thunk that eh

Who put you in charge of how people spend their money?

People make their own choices ? Surely ? Maybe those that went have assessed their finances and were happy it was affordable ? Maybe

Booked at start of group stage and took 2 of my kids, albeit they’re not children any more, with me. Had a great day out, only slightly spoiled by the team performance.

I don’t think they booked up on Monday. What’s the point of this?

Are ye actually trying to claim that every Celtic fan at that game was there at the expense of their weans Christmas.

Wow, that’s a ‘celtic bad’ massive reach if I’ve ever seen one