Celtic transfer target goes to court to get his contract cancelled 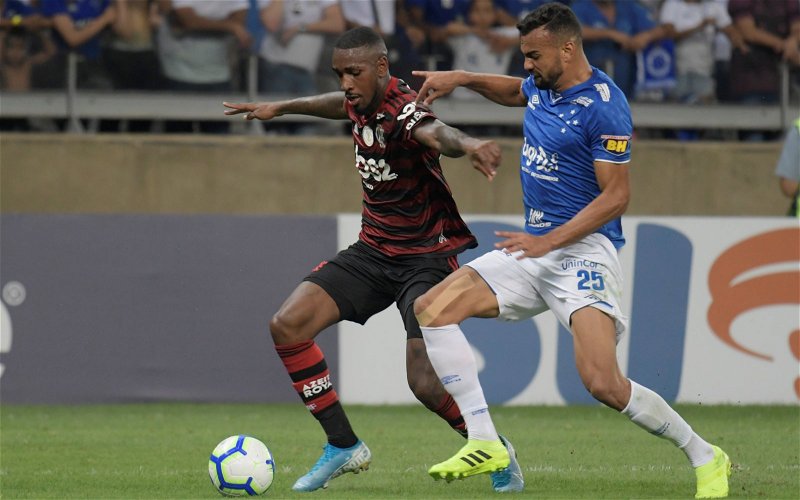 Fabricio Bruno is taking Cruzeiro to court in Brazil to have his contract cancelled amid strong reports that he is a transfer target for Celtic.

The defender claims that his wages haven’t been paid since Cruzeiro were relegated with the issue being reported in detail in the Brazilian media.

Celtic have steered clear of the Brazilian transfer market since the disastrous signing of Rafael Scheidt in 1999 but it’s understood that they now have South America covered in their scouting network.

Bruno will need access to a European passport if he is to play in the UK but at the age of 23 an appeal could be made to allow him to play in Scotland.

Revealed by Cruzeiro himself, Fabrício seeks indirect termination of the special employment contract, wages and overdue image rights, sports compensatory clause, severance pay, fines and differences in overdue FGTS. He claims that the November 2019 salary and the first instalment of the 13th salary have not yet been paid, that the image right has not been paid from June to November this year and that the FGTS has not been paid since May.

In addition, the player would be unhappy for the unsuccessful deal for Celtic. However, the club assured that no official offer was made by the athlete, that his agent Fabio Mello would still be negotiating the terms of a loan offer with the chance of sale after the period.

According to Cruzeiro’s statement, the initial proposal was for a loan from January to June 2020, with the Scottish team paying 300,000 euros and, if Fabrício Bruno was approved, Celtic would pay another 2.5 million euros to keep the loan. athlete.

The Minas Gerais team did not accept the proposal and asked for 1 million euros for the loan and 4 million euros if the player was approved. “If Fabrício Bruno did not stay at Celtic, he would return undervalued and the Cruise would only receive 300 thousand euros, very small amount.” Said Marcelo Djian, director of Cruzeiro.

Kris Ajer and Chris Jullien are the established first choice central defenders but beyond those two there is a lack of options available to Neil Lennon who has used Nir Bitton in that position in recent weeks.

Jozo Simunovic has been out injured since August and has rarely been able to put together a dozen consecutive appearances without picking up a knock.