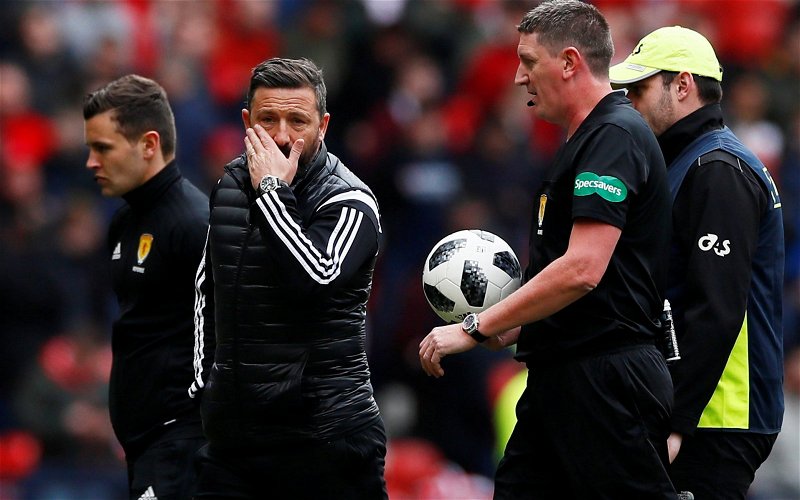 Derek McInnes has claimed that Neil Lennon disagreed with the decision to red card Sam Cosgrove against Celtic today.

The Dons forward came flying in to a challenge on Kris Ajer close to the corner that could have resulted in serious injury,

Fortunately Ajer anticipated the challenge and was able to avoid the full impact as Cosgrove flew in with both feet off the ground.

After speaking to Radio Scotland McInnes spoke at the general media conference:

If Sam Cosgrove had hit Ajer going at that speed Ajer is hurt and the boy is clearly not hurt, it’s a brilliant tackle.

I spoke to Lenny, first thing after the game and I know that it’s easy for a winning manager to say it but he says ‘no way is it a red card’

Odsonne Edouard had restored Celtic’s lead three minutes before the red mist descended on Cosgrove who had equalised the opener from Chris Jullien.

The 2-1 victory restored Celtic’s five point lead at the top of the SPFL Premiership as they racked up their 10th successive win.

On Thursday the hoops travel to face St Mirren before completing the year hosting the Glasgow derby.