Odsonne Edouard has posted an upbeat message on his Instagram.

The striker has missed Celtic’s last two matches through injury with the clock ticking down towards Sunday’s League Cup Final at Hampden.

Edouard will sit out tonight’s home match against Hamilton but his appearance at training on Tuesday sent a surge of optimism through the Celtic support. 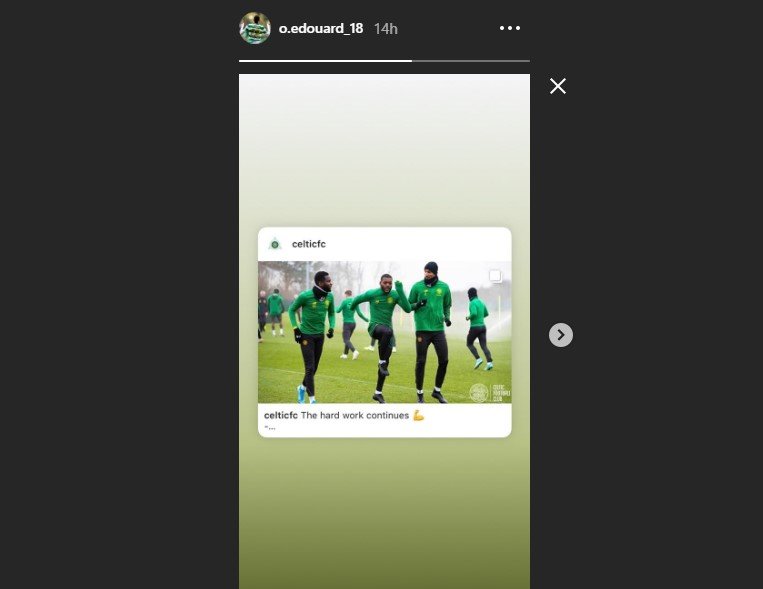 Neil Lennon was non-committal about Edouard’s chances of playing at Hampden during his Tuesday media duties but the signs seem to be pointing to the former Paris Saint Gemain striker being back in action.

Lewis Morgan and Leigh Griffiths are expected to share striking duties tonight against Hamilton with Lennon happy to point out that his side have scored seven goals during Edouard’s absence.

With 14 goals to his name this season Edouard is one behind Ryan Christie in the scoring charts but his presence brings much more to the team than goals.

In May it took a double from the Frenchman to win the Scottish Cup at Hampden after Hearts had taken the lead.