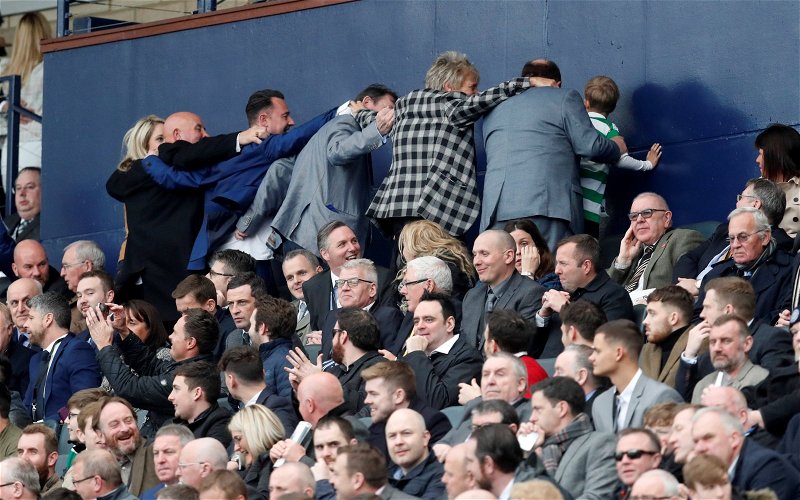 An un-named Ibrox spokesman has demanded an apology from Alan Brazil and TalkSPORT over allegations over a confrontation with Rod Stewart at Hampden on Sunday.

During his breakfast show this morning Brazil spilled out some details about an incident after Celtic’s 1-0 win to lift the League Cup.

According to the TalkSPORT presenter Stewart was on his back in the Directors Box laughing at Ibrox officials when he was confronted with ‘it all kicking off’.

No details had emerged about the incident in the Scottish media but four days later Brazil was sharing his version with listeners to his show which runs from 6am to 10am.

Shortly before tonight’s Europa League tie with Young Boys of Bern a response was made with The Sun reporting:

A club spokesperson said: “Rangers are seeking an apology from Alan Brazil after his crass and grossly-inaccurate comments on talkSPORT this morning when he said the son of a Rangers director had confronted Rod Stewart in the director’s lounge at Hampden after Sunday’s cup final.

“The truth is Mr Stewart, who was witnessed lying on the floor of the VIP area, eventually got to his feet and approached the youngest member of Rangers’ official party. The teenager was sitting alone looking at his phone when Mr Stewart approached and started goading him but the young man had the good sense and dignity to ignore the comments.

“Mr Stewart’s behaviour was witnessed by a number of Rangers directors and he was asked politely and quietly by one of them to leave the boy alone and return to his own group. Yet, Mr Brazil, who was not even there, actually commented that the son of a Rangers director ‘went’ for Mr Stewart, who was later directed towards an exit by stewards after Rangers had asked that they attend.

“Once again Mr Brazil has contrived to get it spectacularly wrong when talking about Rangers and the very least he should do is broadcast an apology for what many will regard as a calumny.”

Brazil is due to be back on air tomorrow at 6am with Ibrox fans certain to be listening out for an apology.