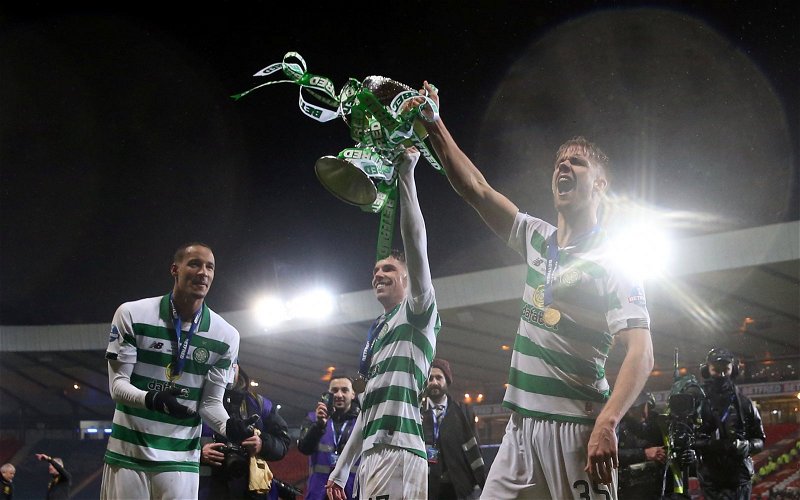 It seems that the essence of professional sport -winning- was lost on the rugby specialist as he watched Celtic win their 10th successive domestic trophy.

Most Scottish football writers on here are being told we’re “hurting” because Celtic beat Rangers. Last season we were told we were “hurting” because Rangers beat Celtic. We also “hurt” when it’s a draw. It’s a miracle we’re able to get out of bed given all this pain we live with

His post-match rant brought an incredible 1,300 replies which is exactly the sort of attention that he craves in the complete absence of breaking a worthwhile story despite the perks that come with a cosy package working for the state broadcaster.

Rather than marvel at the brilliance of Fraser Forster, English opted to run down Celtic’s achievements without mentioning the brutality of the attacks put in on Ryan Christie and Chris Jullien by Scott Arfield and Alfredo Morelos.

Celtic’s continuing success under Neil Lennon is clearly upsetting elements within the BBC, perhaps within the next decade they’ll confront reality without a licence fee and give credit where it is due to a story of incredible and unmatched success.