Lennon admits he was exasporated by Madden decisions 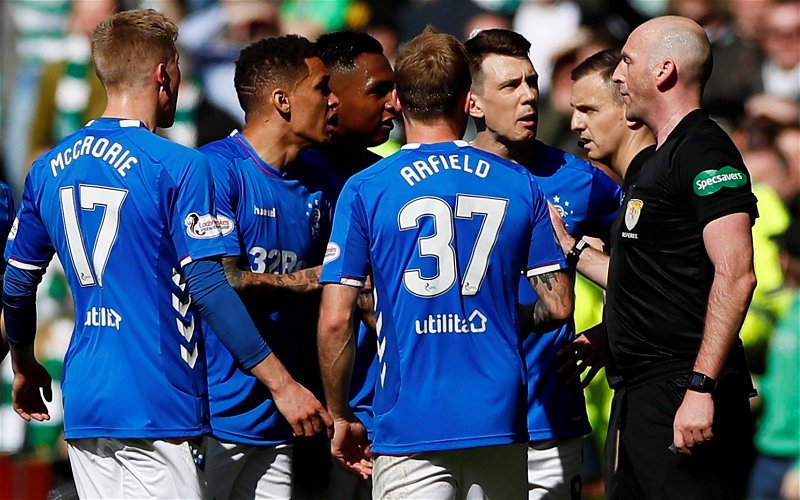 If true it must be fairly unique to book yourself after 17 minutes while allowing Steven McLean to constantly foul for 90 minutes with just a yellow card issued to the Hearts veteran.

Last season Craig Levein came up with similar comments about Brown which suggests that the former Hibs skipper is living rent free inside the heads’ of many people inside Tynecastle.

McLean was the chief culprit on Wednesday night with a typical performance which seemed to be based on seeing how far he can push referee Bobby Madden without getting a red card.

Damour was booked for a late challenge on Brown with Madden deciding to book Kris Ajer during the same incident.

Fortunately on this occasion Madden’s performance had no impact on the result with Celtic running out 2-0 winners thanks to first half goals from Ryan Christie and Olivier Ntcham.

Euan Henderson will referee tomorrow’s match against Aberdeen with Willie Collum in charge of Thursday’s game away to St Mirren. Kevin Clancy is expected to be in charge of the Glasgow derby on December 29.