Lennon admits: ‘Sometimes we get credit from other areas rather than back home’ 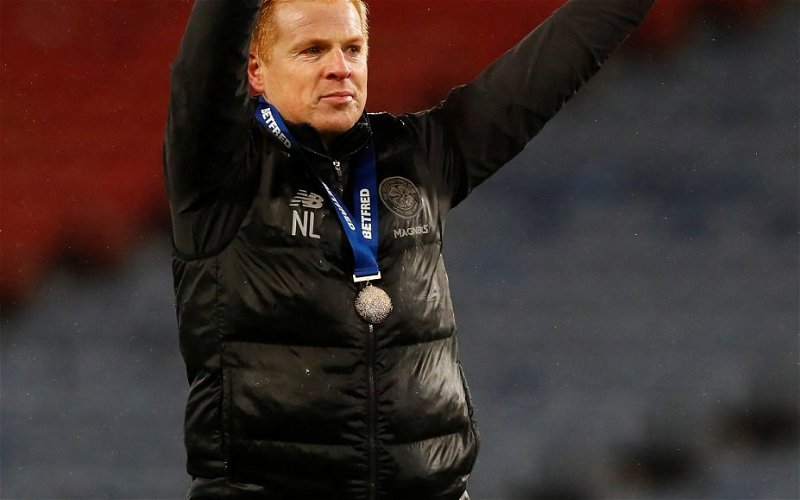 Neil Lennon has picked up on the lack of praise given domestically for Celtic’s achievements this season.

Out with the hoops support it seems that any acknowledgment of winning the first trophy of the season, topping the SPFL Premiership and winning their Europa League has been grudgingly delivered.

In contrast, losing a cup final and scraping into second place in the Europa League after a last minute red card seems to be regarded as some sort of worthy achievement. In the middle of a run of three matches without a win.

Lennon is well used to the way that the Scottish media operates with virtually no one recognising the fact that he has won all three domestic trophies during the same calendar year.

With 13 points from their first five Europa League matches Celtic had top place sown up ahead of their final group match while Lazio and Cluj battled it out to join Lennon’s side in Monday’s draw for the Round of 32.

Cluj manager Dan Petrescu, whose side joined Celts in the last 32 after their win on Thursday night, has tipped the Hoops as potential Europa League winners.

Lennon, who next faces former club Hibs on Sunday, said: “I think he was genuine. He even said to me afterwards that we have got a fantastic squad here and he was very complimentary. Sometimes we get credit from other areas rather than back home.

Celtic will be placed alongside Ajax, Inter Milan, Benfica, Manchester United and RB Salzburg in the seeded section of Monday’s Europa League draw.