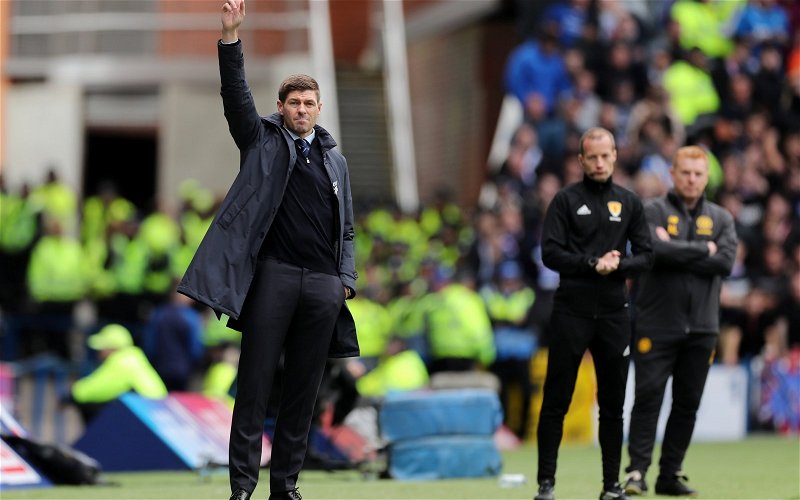 Neil Lennon has put the spotlight on Ibrox, and Easter Road, after Celtic’s 2-0 win over Hearts tonight.

The gap between the top two has never been more than three points before tonight’s match at Tynecastle but after a 2-0 win the gap has stretched to FIVE points.

Steven Gerrard’s side do have a game in hand but the pressure has been cranked up ahead of their match against Hibs on Friday night.

Picking up on Lennon’s post-match interview on BT Sport the Daily Record reported:

Asked if the pressure was now on Steven Gerrard’s side, the Celtic boss told BT Sport: “Yes, very much so. We did what we had to do so we can rest up for our game at the weekend.”

A delighted Neil Lennon as go 5points clear at the top.. pic.twitter.com/jYUfZw6J9V

Alfredo Morelos will miss Friday’s match through suspension with Gerrard due to face the media tomorrow to preview the match.

Last season both matches at Easter Road ended in draws with new Hibs boss Jack Rodd looking to make a favourable impression on the home fans.

In their last home match Hibs beat Aberdeen 3-0 with the Ibrox side dropping points at Tynecastle and Pittodrie while Celtic have racked up nine wins on the bounce.