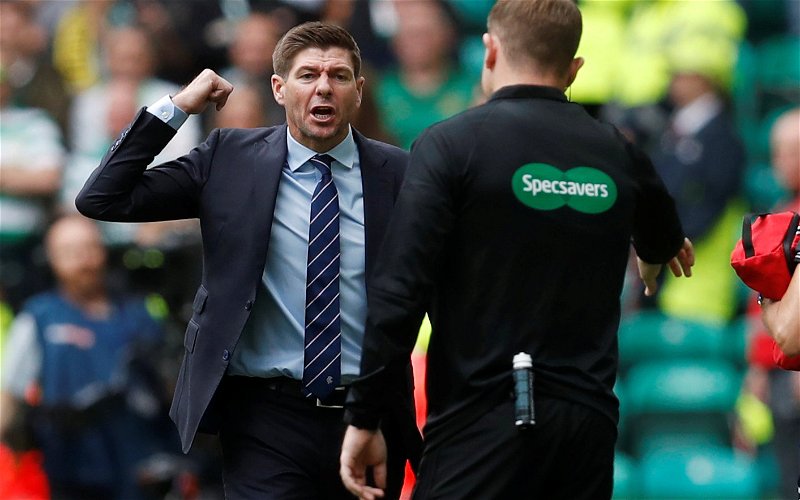 One incident from Aberdeen’s midweek draw with the club from Ibrox that barely rated a mention was the after-match confrontation between John Beaton and Allan McGregor.

The Ibrox keeper was clearly upset by something during the game with his anger at the match referee obvious to anyone watching the action on Sky Sports.

One enterprising lip reader has attempted to piece together the conversation although unfortunately he appears to have picked up a few swearies.

Whoever done this deserves a fucking award pic.twitter.com/RU6pmbBF9x

Beaton started 2019 in the spotlight after his performance in the Ibrox derby match in which Alfredo Morelos led a charmed life.

Despite violent attacks on Scott Brown, Ryan Christie and Tony Ralston the Colombian escaped without even a yellow card from the Lanarkshire based official.

When the Compliance Officer at the SFA failed to take any retrospective action Celtic issued a statement calling for transparency and an explanation from the match referee.

At last month’s Celtic AGM Peter Lawwell revealed that the matter had been resolved in private following a meeting at Hampden. Beaton has refereed two Celtic matches this season.